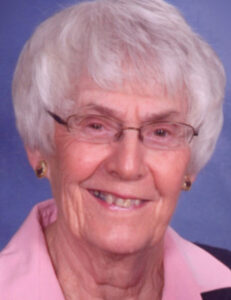 She worked alongside her husband as a farmer’s wife and together they owned and operated Hartzler Excavating. She was a longtime member of the Akron Church of God, where she was very active in the nursery. Most recently, she had been attending Omega Church. Bev always looked forward to attending concerts at Riverview Community Church with her son.

She and her husband were members of the Wally Byam Airstream Club International. They wintered in Sebring, Fla., for 25 years. Bev enjoyed the outdoors. She loved animals, gardening and her pets. She was known for her acts of kindness.

Bev was preceded in death by her parents; in-laws Joe and Helen Hartzler; husband Larry; and brothers-in-law Charles McDonald and Stephen, Richard “Jack,” and Jerome Hartzler.

Memorial contributions may be made in her memory to Gideons International, Wee Care Children’s Ministries or Omega Church. Family and friends may share a memory or send an online condolence at www.hartzlerfuneralservices.com.