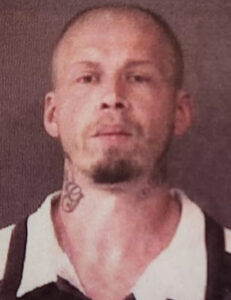 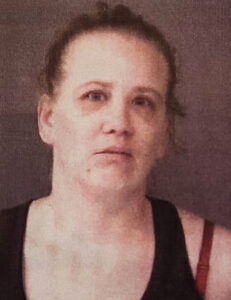 SYRACUSE — A brother and sister were recently arrested after allegedly battering each other.

On June 11, a Syracuse Police officer assisted medics with a belligerent person at a home. Upon arrival at the scene, medics said they were checking on an elderly woman with chest pain when they saw Herrick and Moore verbally arguing in a room.

According to court documents, the officer noticed that Moore’s right eye was bleeding, bruised and swollen shut. He also noticed that Moore had blood on her hands and redness on her neck and face. Moore appeared to be extremely intoxicated and was unable to explain what happened. She was taken to a local hospital for treatment.

The officer then spoke with Herrick about what happened. Herrick said Moore began yelling at him, kicked him to the ground and allegedly jumped on his ribs. He told the officer that he had been drinking but was experiencing rib pain and difficulty breathing. Herrick was also taken to a local hospital for treatment.

A relative of Herrick’s and Moore’s said the siblings were arguing when Moore began to kick Herrick and Herrick punched Moore in the face.

During the incident, there were four children inside the home. One of the children told the officer they saw Moore hit Herrick and also saw Moore get pushed into a wall. They said Moore fell to the ground with a black eye and bloody nose.

The next day, the officer followed up with both Moore and Herrick about the battery. Moore said she had sustained a fractured eye, loss of teeth, and bruising to her left ear. The officer noticed bruising on Moore’s left ear and both eye sockets.

Herrick said he had sustained a  bruised rib. He told the officer that Moore had fought with him, hit him and kicked him. When asked if he punched Moore in the face, Herrick became emotional and said he did.

Herrick was previously convicted of domestic battery committed in the presence of a child in Noble County in August 2018.

At the time of this incident, Moore was on pretrial release for domestic battery committed in the presence of a child in Kosciusko County. That incident happened on Feb. 6, 2021.

For the June 11 incident, Herrick and Moore were both booked in the Kosciusko County Jail on June 30.