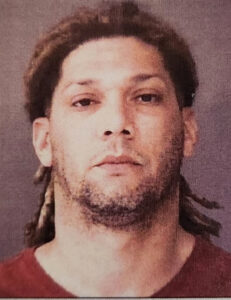 WARSAW — A Warsaw man was recently arrested after allegedly threatening a woman with a knife.

On May 26, a Kosciusko County Sheriff’s Office deputy responded to a report of a man threatening a woman with a knife. Upon arrival at the scene, the deputy spoke with the woman about the incident.

According to court documents, the woman was doing a child’s hair in a residence when she had a verbal argument with Feliciano. She said Feliciano became upset, drew back his fist and lunged at her.

The woman told Feliciano if he laid a hand on her, she would contact law enforcement. Feliciano then went to a kitchen sink and grabbed a large knife. He allegedly turned toward the woman, drew back the knife like he was going to cut her and lunged toward her. Feliciano left the scene prior to the deputy’s arrival.

The deputy later made contact with Feliciano via telephone. Feliciano said he and the woman only had a verbal altercation.

Feliciano was booked in the Kosciusko County Jail on June 29, with an $11,000 surety and cash bond.