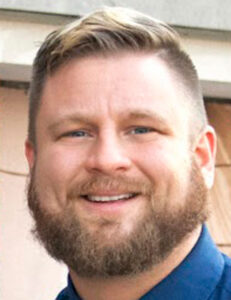 Sceniak will be at the Libertarian Party’s booth beginning at 6:30 p.m., greeting voters and answering questions.

The Libertarian Party of Indiana’s candidate for United States Senate, Sceniak is reaching all corners of Indiana, meeting with voters and listening to their concerns, while spreading a message of a fresh, modern approach to governance.

James is available for interviews, both at the event or on any day leading up to or following. To schedule an interview at any time with James or to schedule him as a guest, contact [email protected] James is a Northern Indiana native, who grew up in Goshen and now resides in Greenwood, where he is a behavioral therapist.