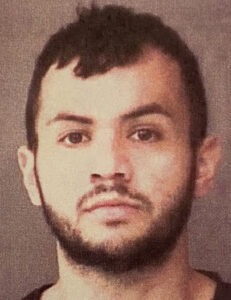 WARSAW — A Goshen man was recently arrested after allegedly strangling and battering a woman.

On April 16, a Kosciusko County Sheriff’s Office deputy responded to a domestic incident in Warsaw. Upon arrival at the scene, the deputy spoke with a woman who said she was battered by Sanchez.

According to court documents, the woman said she and Sanchez were having a verbal argument when Sanchez became angry and grabbed her by the throat. Sanchez allegedly squeezed and strangled the woman, leaving her unable to breathe. During the struggle, Sanchez also had a swollen eye.

The deputy then spoke with a child at the home, who said they heard an argument between Sanchez and the woman. The child said they did not open their bedroom door because they were scared.

A man in the home said they heard the verbal argument and called 911.

Sanchez was booked in the Kosciusko County Jail on June 28, with a $6,000 surety and cash bond.