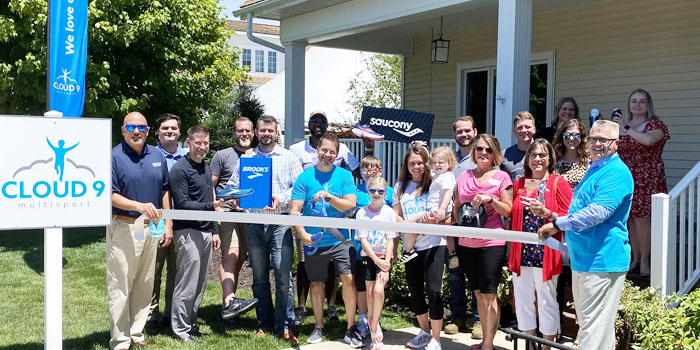 That’s the meaning behind its name, explained owner Keith Sampson to InkFreeNews.

“Cloud 9 Multisport comes from the idea that a Cloud 9 memory or that Cloud 9 moment is that feeling of euphoria when you accomplish something,” he said. “When you look at people’s lives, we want to help them establish and make those Cloud 9 memories of their own, those feelings of euphoria, those amazing experiences that make those lasting memories.”

The Kosciusko Chamber of Commerce had a ribbon-cutting for the Winona Lake business, which is described on its website as “a lifestyle store that focuses on the running, walking and standing communities.” It’s located in The Village at Winona at 1009 E. Canal St., where Green Earth Multisport was formerly located.

Sampson said his visits to Green Earth Multisport as a customer helped lead to the creation of Cloud 9.

“So back in 2019, I developed plantar fasciitis in my right foot after running in Nike Joyrides, after that was the first time I came into Green Earth,” he said.

Sampson said staff there helped him get properly fitting shoes, and he learned about the importance of well-fitting footwear.

He learned in February that Green Earth was going to close.

“I immediately thought, ‘OK, well, I understand the value. Our community can’t lose that, plus I think we could actually do more with it,'” said Sampson.

He was able to negotiate to get the store and had a soft opening for it on June 4. The grand opening is Friday, July 1.

“We’re classifying it as a lifestyle store. I think that opens up the door to serve more people,” he said.

As he’s not well-versed in biking and swimming and other stores in The Village at Winona sell products to fit those needs, Sampson said he choose to focus Cloud 9’s products on running, walking or just standing.

“I really want to dial in on the overall comfort/discomfort that people feel even when they’re just standing all day and help address that, because I feel that if we can address pain and discomfort, then people will move more,” said Sampson. “And if they move more, they enter into a healthier lifestyle and a happier lifestyle.”

Thus, Sampson said he wants non-athletes as well as athletes to use the store.

“We’re here to serve anybody and everybody no matter where they’re at or where they want to go,” he said. 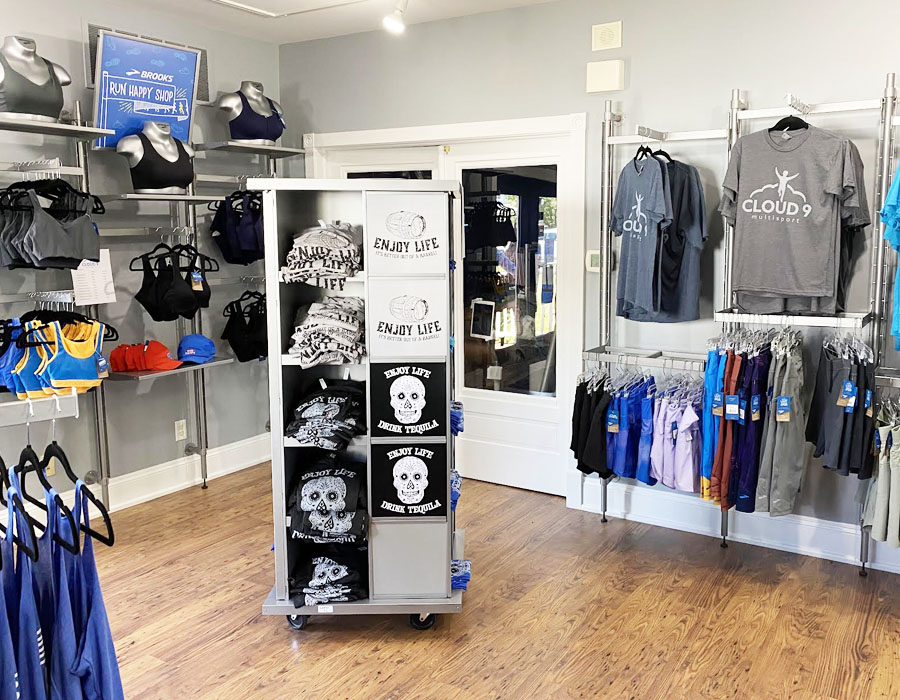 A look at some of the merchandise available for purchase in Cloud 9 Multisport. 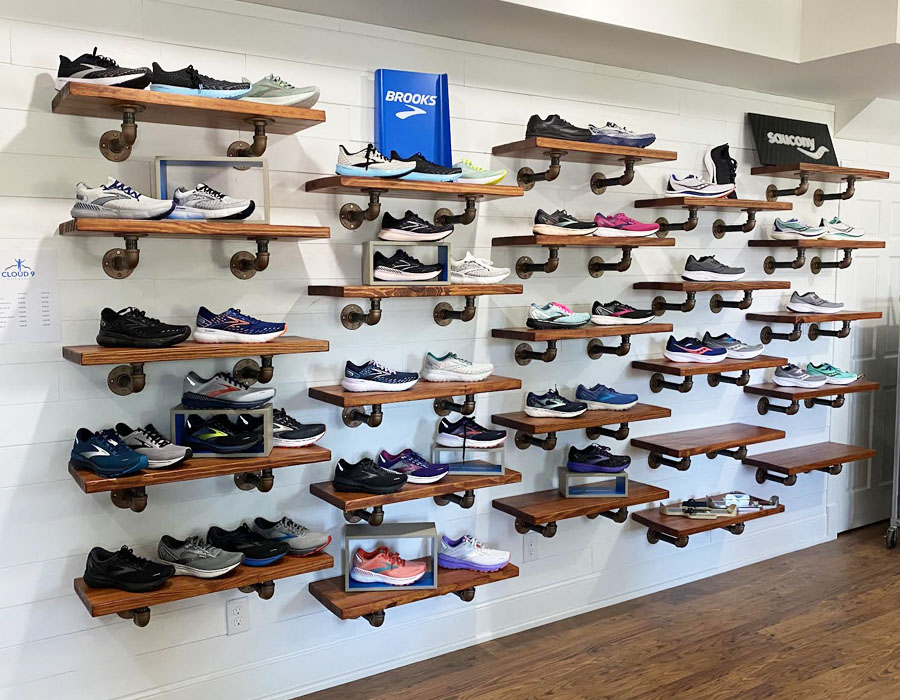 A view of the store’s shoe wall.