Doug and Jeannine Schrock were surprised with state honors during Doug’s birthday party which was held Monday, June 27. Doug received the Sagamore of the Wabash while Jeannine was presented with the Circle of Corydon award as well as resolution by the Indiana General Assembly. Photo by Lauren Zeugner

For over a year, Siegel has been working with Nisly and Doriot to have the couple recognized for their contributions to the community, often times behind the scenes.

“From our community center, to the reconstruction of our dam controlling the water level of Lake Wawasee and 1,000’s of acres of wetlands, to the youth athletic complex, to churches, food banks, day care services and youth centers to water distribution in the Virgin Islands, and pet rescues in different parts of the world, to the anecdotal, sometimes short and inspirational comments made while walking his dogs… all have benefited,” Siegel wrote in a letter to the governor.

“When times get tough, Doug shows up, makes his contributions and disappears wanting nothing in return. Doug shares generously his wealth, talents and knowledge,” Siegel further continued in his letter.

After Nisly’s presentation, Siegel told Schrock’s friends and family he felt Jeannine needed to be appreciated as well. “She does things and Doug gets the recognition, ” Siegel said noting much of what Jeannine does is done anonymously. “She does stuff on her own… She just wants to help people.”

Both Doug and Jeannine were surprised and humbled by the recognition. “Thank you for everything you do for the town, ” Siegel said. 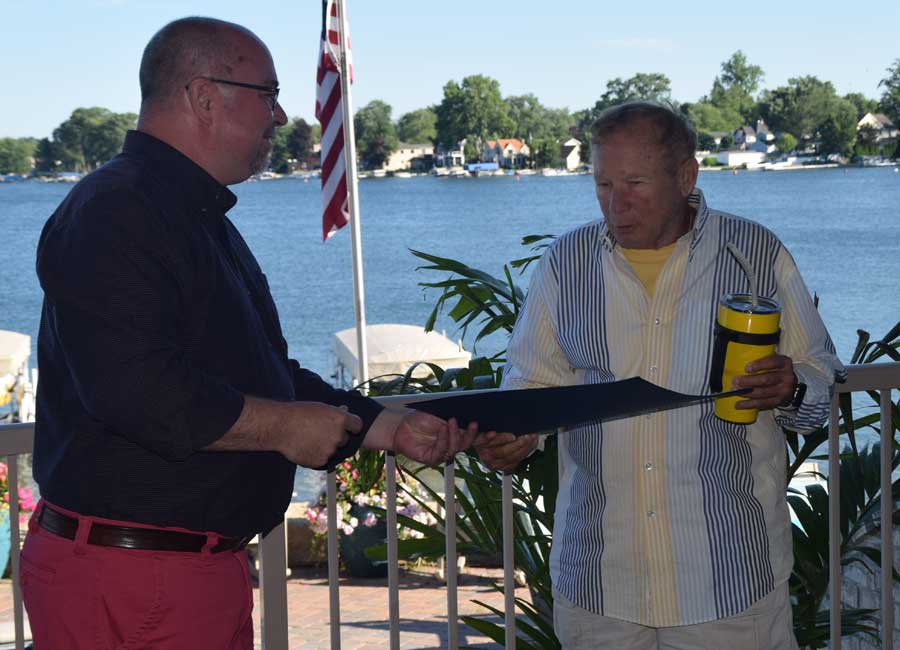 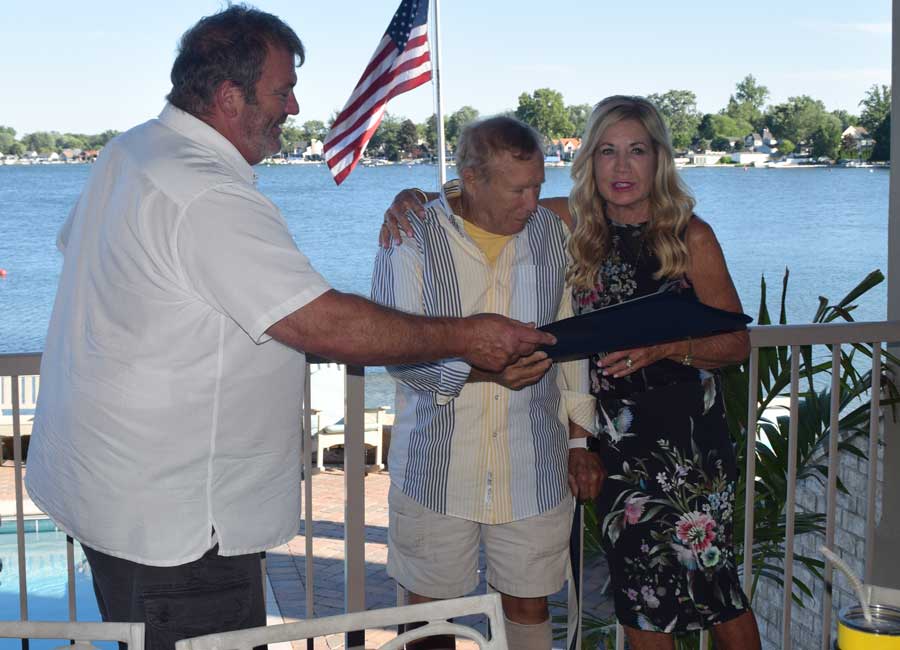 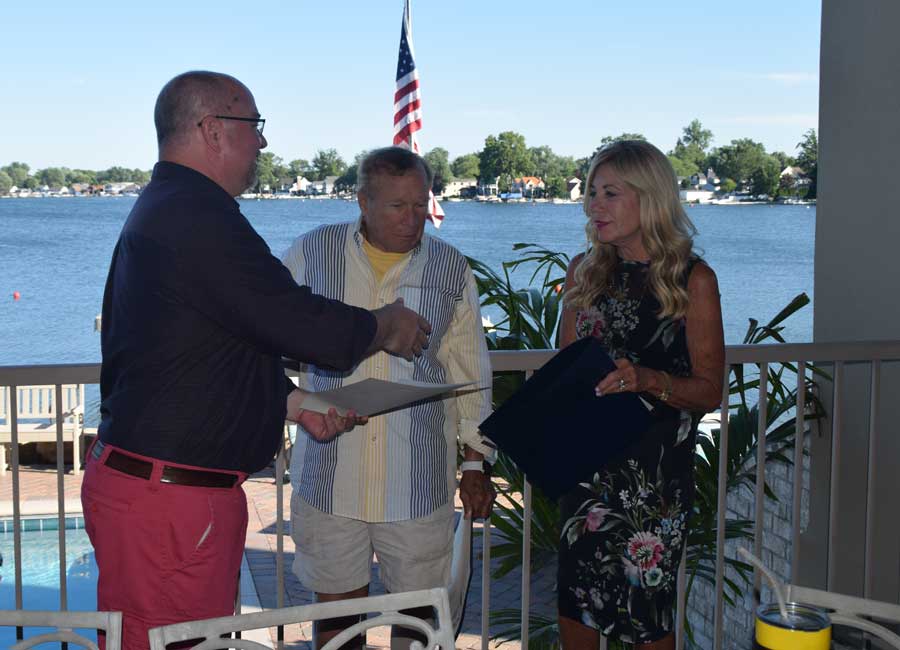 Nisly presents a resolution passed by the General Assembly honoring her contributions to the community to Jeannine Schrock.