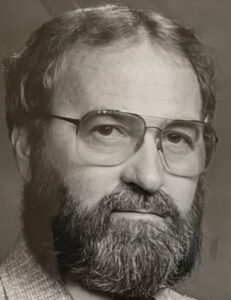 He was a 1958 graduate of Plymouth High School. He had been a barber in Bourbon and Atwood and also worked for the former R.R. Donnelley & Sons, Warsaw, after 28 years with the company. Marvin was a former member of the Masonic Lodge and was a member of the Moose Lodge #1423, Warsaw. He was a familiar face around Mentone. He was a regular at Java Jacks. He enjoyed the outdoors, especially fishing and boating.

Marvin was preceded in death by parents; granddaughter, Sarah King; and a sister, Elaine Amor.

Memorial visitation will be held, prior to the service, from 5-7 p.m. Wednesday, June 29, 2022, at King Memorial Home Mentone.

In lieu of flowers, memorial contributions can be made in Marvin’s memory to the Mentone Four-Way Ambulance Service or the Mentone Fire Department.