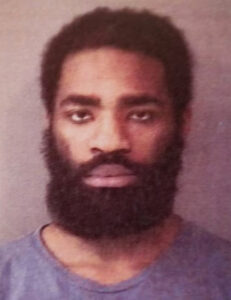 WARSAW — Two people from Warsaw are facing charges after a domestic incident.

Davonta Malachi Olinger, 28; and Katelyn E. Sills, 24, both of 1210 Kuder Lane, Warsaw, are each charged with domestic battery with a child under 16 present, a level 6 felony; domestic battery, a class A misdemeanor; and disorderly conduct, a class B misdemeanor.

On May 18, a Warsaw Police officer responded to a domestic dispute at a residence and spoke with Olinger, who said he had been in an argument with Sills. Olinger told the officer they both hit each other.

According to court documents, Olinger said that during the altercation, Sills head-butted him. The officer noticed a small amount of blood inside Olinger’s nose and a small amount on his foot. Olinger said the argument started because Sills was throwing items in a residence and calling him names. Sills then allegedly threw a shoe at Olinger and started hitting him. She grabbed Olinger’s shirt and head-butted him in the nose.

Olinger initially said he only pushed Sills away during the altercation, but that he eventually slapped her, pushed her against a door and grabbed her neck. A child was in the home during the incident.

The officer then spoke with Sills about the battery. Sills said she had asked Olinger where an identification card was when Olinger became angry and started cursing at her. During the verbal altercation, Sills said Olinger allegedly grabbed her by the neck and pushed her against a door. Sills then began throwing her arms at him, resulting in Olinger hitting her across the face.

She told the officer she moved her head forward and backward to get Olinger to let go of her, which led to her head hitting Olinger in the nose. The officer noticed redness on Sills’ neck, cheeks, and forehead. She also had scratches on some of her fingers.

The officer went back to speak with Olinger about the incident. Olinger again said he did not hit Sills until she started hitting him. When Sills started hitting him, Olinger pushed the woman against a door. He also said Sills picked up a dresser drawer and mirror to throw at him. Olinger told the officer he took those items away from Sills before she could throw them.

Sills denied hitting Olinger with anything other than her head. She told the officer she picked up the dresser drawer and mirror to move the items since they were at her feet.

Olinger has already been arrested and released on his own recognizance. A warrant has been issued for Sills’ arrest.