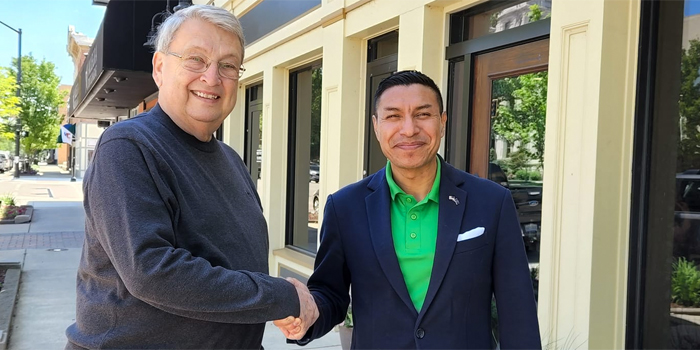 Morales was a former aide to then-governor Mike Pence. His nomination on Saturday came despite documents that show he once was fired from a job in the secretary of state’s office .

Sullivan’s loss is seen as a major blow to the establishment wing of the party. Gov. Eric Holcomb had appointed Sullivan in March 2021.

National media outlets covering the convention reported it was the latest example of a candidate who backed Donald Trump‘s false election claims that could end up overseeing statewide policies for elections.

Morales was previously quoted by the Associated Press as calling the 2020 election a “scam,” according to Newsweek.

He’s criticized Indiana’s election security, and he wants to cut in half the number of early voting days before each election, from 28 days to 14.

Other nominations include incumbent Tera Klutz for auditor of state, and Daniel Elliott for state treasurer.