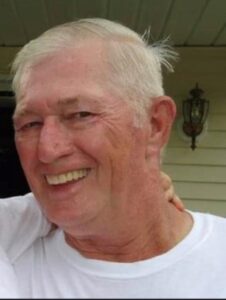 Galen served his country proudly in the U.S. Army, stationed primarily in Korea during the Vietnam War. He had retired as a machinist for DePuy and served as the past commander of American Legion, Menzie-Reese Post 258 and as a Cub Scout master in Pierceton. Galen enjoyed the outdoors and spending time with his family and friends, whether playing a friendly game of Uno or cheering on the Pittsburgh Steelers or tending to his lawn service in the Pierceton community.

In addition to his parents, Galen was also preceded in death by his sisters, Eunice Sturgill and Ann Herron.

Memorials in memory of Galen may be directed to the donor’s choice. To share a remembrance of Galen or to offer condolences to his family, please visit www.mchattonsadlerfuneralchapels.com.