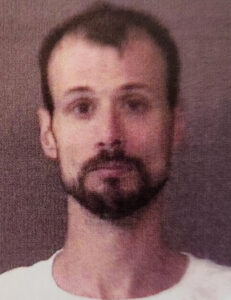 On June 6, a Kosciusko County Sheriff’s Office deputy responded to an incident where Feeny pushed a woman against a wall. Upon arrival at the scene, the deputy saw Feeny aggressively grab a cellphone from the woman.

Feeny told the deputy the cellphone belonged to the woman. According to court documents, Feeny said the woman asked to spend the night at his home. He told the deputy they had an argument but that the argument did not get physical. The deputy noticed Feeny was exhibiting signs of intoxication.

The woman told the deputy that Feeny invited her to his home. She said that when she arrived, she could tell Feeny had been drinking and was exhibiting aggressive behavior. While in the living room, Feeny allegedly pushed the woman into a grandfather clock and pushed her onto a couch. A child was in the living room at the time and yelled at Feeny to stop.

The deputy then spoke with a witness who went to the home with the woman. The witness said Feeny was belligerent toward the woman and also saw Feeny push the woman twice.

The deputy spoke with Feeny again about the incident. Feeny lied about drinking alcohol and initially tried to discourage the deputy from giving him a portable breath test. Feeny said he was on probation and was not supposed to drink. A portable breath test registered 0.16% BrAC.

At the time of this incident, Feeny was on formal probation in a misdemeanor domestic battery case; the victim in that case was the woman battered in the June 6 case.

Feeny also has a prior conviction for a felony domestic battery case.

For this case, Feeny has already been arrested and released on his own recognizance. He has an initial hearing at 1 p.m. July 7, in Kosciusko Superior Court Three.