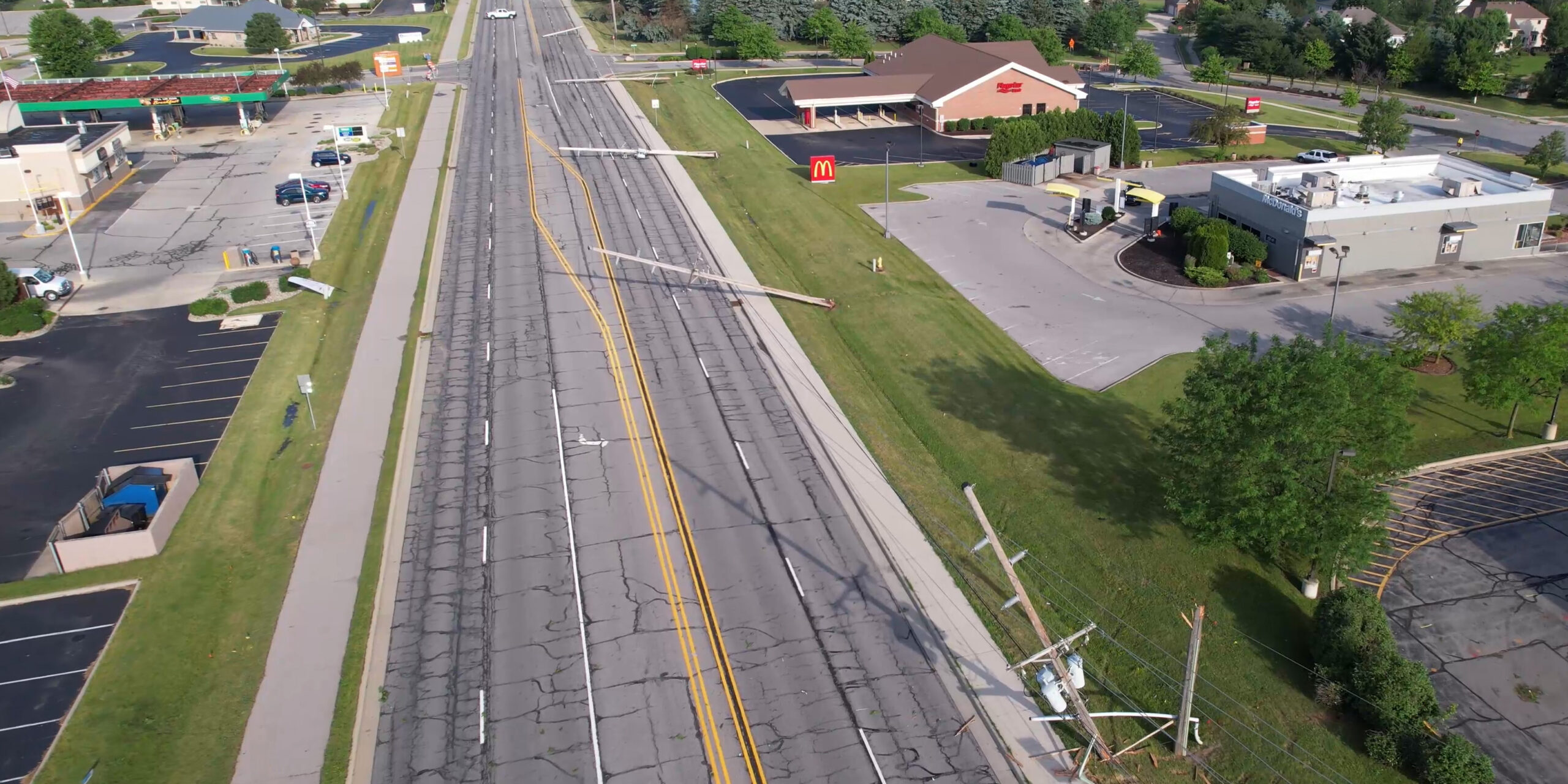 Power lines along SR 14 were knocked over during last night’s storm. Photo provided by Christy Phend.

NREMC, a member-owned electric cooperative powering six counties in Northeast Indiana, sent their crews to begin replacing poles and clearing downed power lines as soon as it was safe to do so late Monday night. The storm, with reported 98 mph winds in Fort Wayne, has caused considerable damage to the transmission lines from American Electric Power that feed into the substations in NREMC’s service territory.

“The simple fact is that AEP has been hit just as badly as we have by these storms. But, we’re all connected, and everyone works together to bring power to our area,” said Eric Jung, CEO of NREMC. He continued, “We have had crews out all night working to repair the system in order to restore service to several thousand members. We are at a point where we will be unable to bring large numbers of members on without restoration of the transmission lines.” 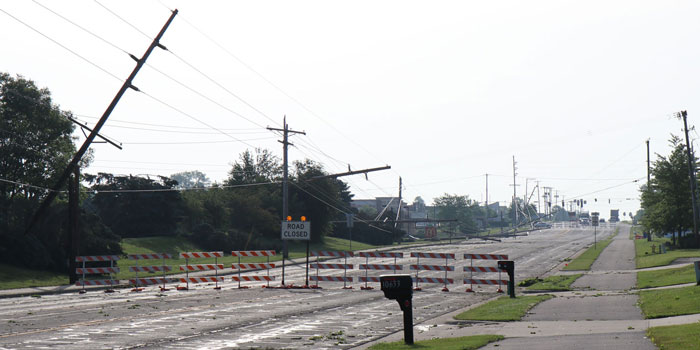 Many roads in Whitley and Allen County are closed due to downed power lines. Photo provided by Christy Phend.

NREMC is urging members to contact 911 if they see downed power lines and to consider all fallen wires to be energized, regardless of whether or not they appear to be safe. Many Whitley and Allen County roads are currently closed to keep the public safe and away from danger.

Due to the expected high temperatures in the area today, NREMC is providing a cooling station at their headquarters in Columbia City from 10 a.m. to 7 p.m. Water and restrooms are available for those who need them.

Updates will be provided on NREMC’s Facebook page at facebook.com/nremc. In addition, NREMC’s outage map is also available on their website at nremc.com. 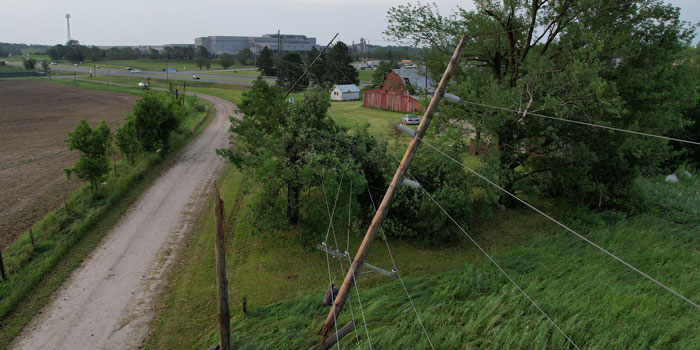