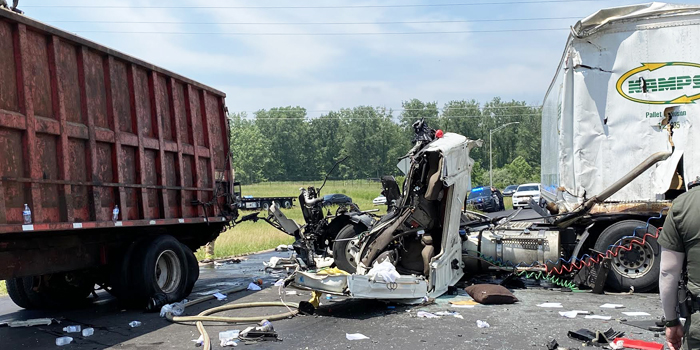 The cab of a semi lies decimated on US 30 near the SR 15 overpass. The driver of it had to be extricated following an accident involving another semi on Monday, June 13. InkFreeNews photos by Leah Sander.

WARSAW — One person was flown from a rear-end vehicle accident involving two semis on US 30 in Warsaw.

At 11:47 a.m. Monday, June 13, emergency personnel responded to a report of a two-vehicle accident in the eastbound lanes of US 30, at the SR 15 overpass.

According to Warsaw Police Department Capt. Brad Kellar, one of the semi drivers was extricated from his vehicle. The extent of the driver’s injuries are unknown at this time. The injured driver was flown from the scene by medical helicopter to South Bend.

Another view of the crash was submitted by InkFreeNews reader Tim Keyes. 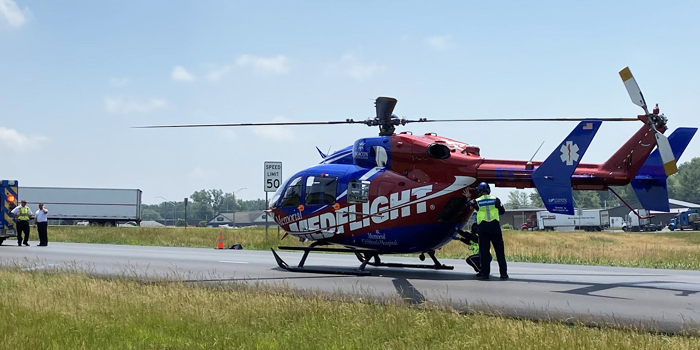 A Memorial MedFlight helicopter sits at the scene of the accident Monday on US 30.