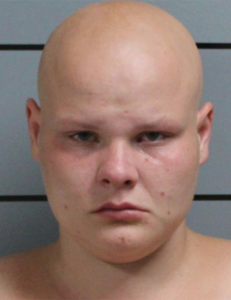 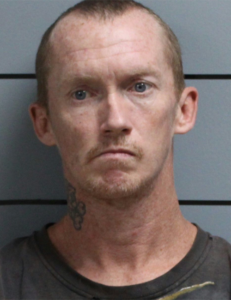 PLYMOUTH — A couple from Plymouth was recently arrested after a confrontation with Bikers Against Predators.

Joshua Hoover, 40; and Breanna Gilmore, 23, both of 222 W. LaPorte St., Plymouth, are each charged with attempted vicarious sexual gratification, a level 3 felony; and child solicitation, a level 4 felony.

On June 3, Plymouth Police officers spoke with two members of the group Bikers Against Predators. The group reported they used a decoy to message Hoover via Facebook. Hoover was allegedly using Gilmore’s Facebook profile.

According to court documents, BAP’s leader said the decoy had received sexual messages and requests to meet up at a library. The decoy was pretending to be a 12-year-old girl, and Hoover asked the girl to have sexual intercourse with him.

Hoover’s phone was collected as evidence, along with pictures of the conversation between Hoover and the decoy.

On June 6, Hoover and Gilmore went to the Plymouth Police Department and asked to speak with a detective. Gilmore is identified as Hoover’s girlfriend in court documents.

In an interview, Gilmore initially said Hoover was responsible for all of the messages and she had nothing to do with it. She later explained that she did initiate contact with a female. Gilmore said all she wrote was “hi” and that Hoover wrote the rest of the messages. After further questioning, Gilmore admitted to reading the messages to Hoover since he can’t read well and asked him to stop sending the messages.

When asked why she didn’t contact police when she knew Hoover was messaging what he thought was a child, Gilmore said she was afraid of Hoover. Gilmore finally admitted to sending messages from Facebook Messenger, including ones engaging in sexual conversations with the child. She said Hoover then sent the text messages from the phone.

Hoover told officers his ability to read and write is limited. He admitted to sending messages to an individual that he thought was 12 years old. Hoover also admitted that he asked the child for sex and nude photos. He even mentioned telling the child to not tell her mother or call the cops.

Hoover told the detective he knew it was wrong to have sent sexual messages to a 12-year-old.

Hoover and Gilmore have both been booked in the Marshall County Jail. They have initial hearings at 9 a.m. Tuesday, June 14.