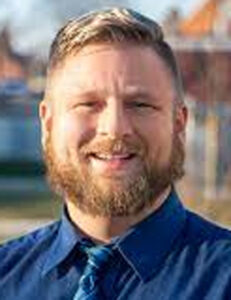 MIDDLEBURY – James Sceniak, the Libertarian candidate for U.S. Senate, will speak at a Town Hall event in Middlebury on June 29.

The event begins at 6 p.m. Wednesday, June 29, at the Northridge High School Auditorium.

Sceniak will be joined by other Libertarian and Democratic Party candidates at the event, including Libertarian candidate for Secretary of State Jeff Maurer.

Sceniak is running for Senate to provide a fresh, modern approach to governance, he said on his campaign Facebook page.

James’ priorities include medical freedom, improving veterans’ health care and bringing the Hoosier values of fiscal responsibility to Washington. Find out more about James at SceniakForSenate.com.