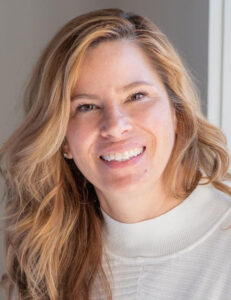 WARSAW — The Beaman Home Board of Directors has announced the appointment of Renea Salyer as executive director.

Salyer will be responsible for the overall strategic and operational responsibility for The Beaman Home’s staff, volunteers, programs, expansion, and execution of its mission. She begins her employment with The Beaman Home on June 1.

Most recently, she worked for the Syracuse Wawasee Chamber of Commerce as executive director.

“I am extremely excited and grateful to have this opportunity to serve the community utilizing my skills and experience to further the mission of The Beaman Home in providing shelter, education, and confidential services to survivors of domestic violence and sexual assault,” she said.

Salyer resides in Warsaw with her husband, Jeff.

The Beaman Home is located in Warsaw, serving Kosciusko, Fulton, and Marshall Counties. For additional information regarding The Beaman Home, please call 574-267-7701.