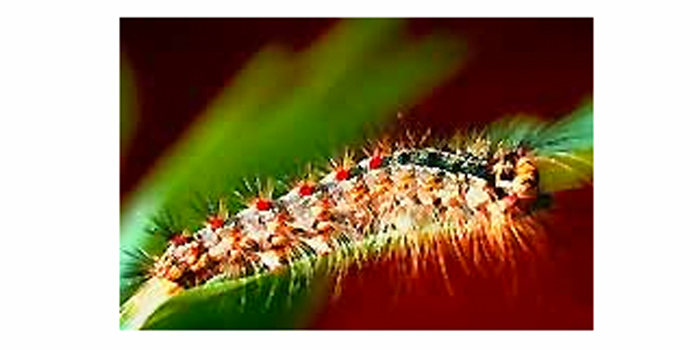 Aerial treatments conducted by the Indiana Department of Natural Resources divisions of Forestry and Entomology & Plant Pathology to slow the spread of gypsy moth – now called spongy moth – in Marshall County will continue next week.

Sites in LaPorte and Noble counties were completed Thursday, May 19, but weather prohibited treatment in Marshall County. That 71 acres site will be completed next week as soon as weather permits.

The newly named spongy moth is one of North America’s most devastating invasive forest pests and has caused thousands of acres of defoliation across the eastern United States.

Treatment begins shortly after sunrise but could be delayed until later in the morning or to the next day due to unfavorable weather conditions such as morning fog or rain. Treatment should take about an hour.

During treatment, a yellow airplane flying 75-125 feet above the treetops will conduct the treatment. This will start at sunrise and continue throughout the day, as the weather and flight schedules permit. With favorable weather, treatments may be completed by late morning or early afternoon.

Btk has been used for decades by gardeners and does not adversely affect people or animals. People who live or work near the treatment areas might want to stay inside when the planes are flying and for about 30 minutes after treatments are complete. This gives the material time to settle out of the air and stick to treetops.

If the weather cools and slows the emergence of the caterpillars, the treatment application could be delayed until the following week. Updates will be posted on Twitter @INdnrinvasive. DNR will also issue news releases to update the status.

Once treatment begins, rain or high wind may interrupt it for that day. If that happens, treatment would resume the next suitable day and continue until all sites have been treated.

To determine if your property is in the treatment areas or to view maps of all treatment locations, or for more information about gypsy moth, see gypsymoth.IN.gov.