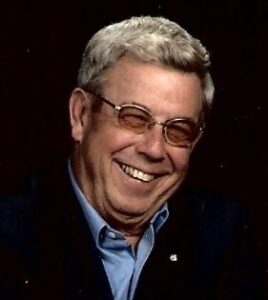 He graduated from Warsaw High School with the Class of ’54 and on Jan. 11, 1957, he married Connie (Holle) Craig, who survives after 65 years of marriage. He served proudly in the Indiana National Guard for several years; he retired in 1998 from Hill & Griffith, was a member of First United Methodist Church, Warsaw Lodge No. 73, F. & A.M., Mizpah Shrine of Northeastern Indiana and The American Foundrymen’s Association, where he served as their former Secretary.

He cherished the time he spent with his family and friends; he loved traveling with Connie and enjoyed living in the country and playing golf or relaxing with a crossword puzzle or an old Western. He also enjoyed his involvement with the Lodge and the Shrine, particularly the mini bikes at parades and the circuses.

Jerry was preceded in death by his parents; a son: Douglas A. Craig; and a brother: James R. Craig.

Funeral services will be at 10 a.m. Wednesday, May 11, at McHatton Sadler Funeral Chapel, 2290 Provident Court, Warsaw. Visitation is from 4-8 p.m. Tuesday, May 10, in the funeral home. Burial will be in Oakwood Cemetery.

The family’s preferred memorial is Shriner’s Hospitals for Children, online at www.shrinerschildrens.org or by mail at 2900 Rocky Point Drive, Tampa FL 33607.