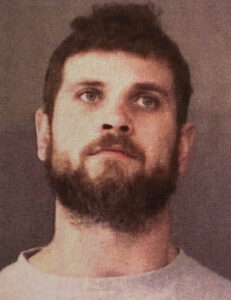 On March 30, a woman went to the Warsaw Police Department to report a battery incident. The woman said on Feb. 26, she and Urednick were arguing when he became angry, started throwing items and grabbed her. During the altercation, the woman sustained a bruise on her upper left arm and scratches on her face.

According to court documents, the woman also said she and Urednick were arguing on Dec. 23, 2021, when he hit her on the right eye. She provided photos of all of her injuries from the December and February incidents to officers. The woman said three children were present when the incidents occurred.

On April 1, officers spoke with Urednick, who said he caused the bruises and the black eye on the woman.

The woman provided officers with screenshots of a text message conversation she and Urednick had about the incidents. In the texts, Urednick apologized for hitting the woman and said there was no excuse for any “physical activity like that” between a man and woman.

Urednick was booked in the Kosciusko County Jail on April 29, with an $11,000 surety and cash bond.