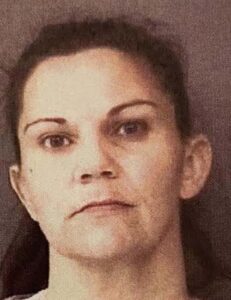 WARSAW — A Warsaw woman will serve 15 years in prison after dealing drugs to an undercover officer.

Lisa Marie Klinge, 39, Warsaw, was charged with dealing methamphetamine with a prior conviction, a level 2 felony. Eleven additional criminal charges were dismissed as part of a plea agreement.

Klinge was sentenced in Kosciusko Circuit Court on Monday, April 18.

Klinge was convicted of dealing methamphetamine in 2016 in Fulton County.

During court proceedings, Klinge told Kosciusko Circuit Court Judge Michael Reed that she’s applied for assistance through several organizations but that she has not been accepted to any due to her criminal background and active charges.

“I’m a proponent of rehab, but this is one of the worst cases I’ve seen,” said Judge Reed.

“Meth is a big problem in the community and this explains part of that problem,” said Chief Deputy Prosecuting Attorney Brad Voelz.

For dealing methamphetamine with a prior conviction, Judge Reed sentenced Klinge to 15 years in the Indiana Department of Correction. This case will be served consecutively to three additional criminal cases. Klinge also admitted to a probation violation for a syringe possession case. In June 2020, Klinge received a one-year suspended sentence for syringe possession. A notice of probation violation was filed with the courts seven months after her sentencing. Judge Reed ordered Klinge serve the remaining time on her syringe possession case in DoC.

Klinge must pay $500 in restitution to NET43. She has 175 days of jail time credit from Kosciusko County and four days of credit from a Whitley County case.

Judge Reed also recommended Klinge for Recovery While Incarcerated during her prison sentence.