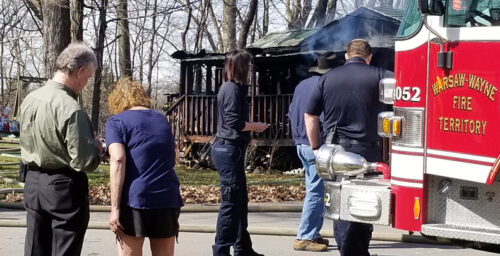 A resident of the home talks with retired emeritus fire chief Mike Wilson with the Warsaw-Wayne Fire Territory about the fire seen in the background. The woman, Tina Flores, appeared to have escaped with some singed hair. InkFreeNews photo by Dan Spalding. 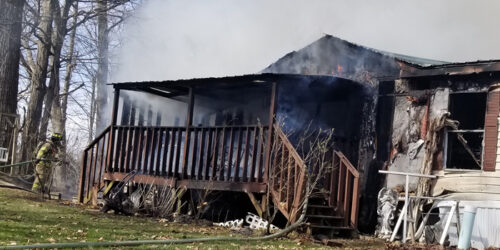 Fire destroyed much of one side of the home Tuesday morning in Merrywood Trailer Park. InkFreeNews photo by Dan Spalding.

PIERCETON – A resident of Merrywood Mobile Home Park narrowly escaped injury Tuesday morning, April 12, after the home she resides in was engulfed by fire.

A mobile home in the far northwest corner of the park sustained heavy damage when the fire broke out shortly after 10 a.m.

The park is in the 3100 block of Wooster Road and has a Pierceton postal address.

Tina Flores said she was asleep in the home in one bedroom when she realized a fire had started in another bedroom.

She fled the fire, but not before burning some of the hair on the back of her head. She was being assessed by emergency responders for shock and other possible injuries.

She said she was the only one home at the time of the fire.

The cause of the fire was still being investigated.

Also responding to the fire was Winona Lake Fire Department. 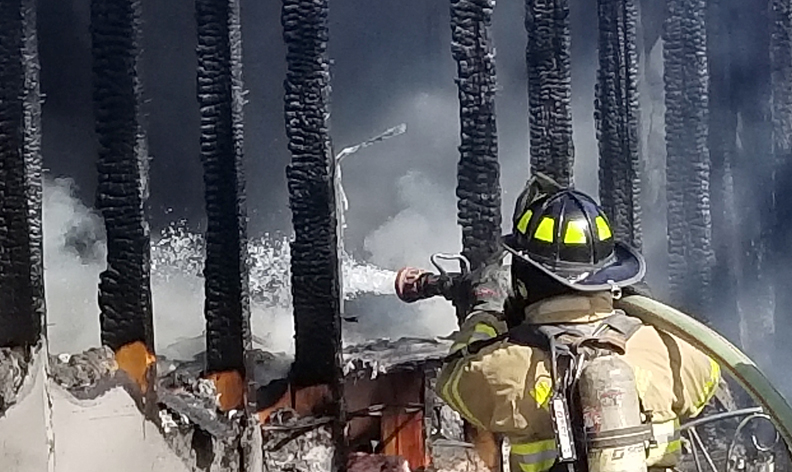 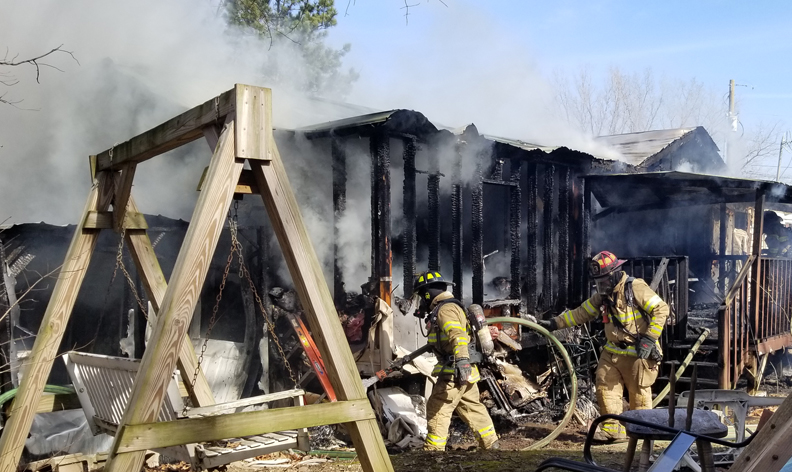 Much of the fire was on one side of the home. A woman escaped serious injury. InkFreeNews photo by Dan Spalding.