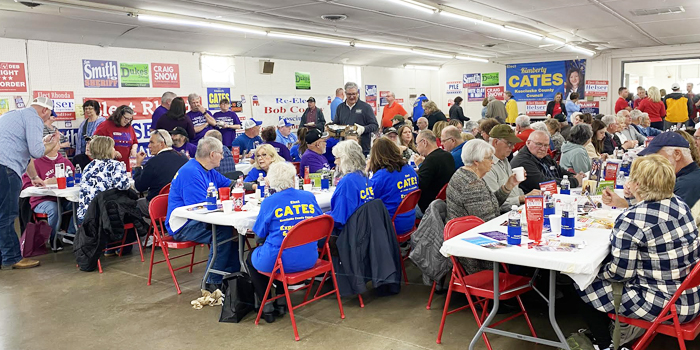 WARSAW — There’s less than a month before the 2022 primary elections in Indiana.

The candidates kept busy serving attendees food or chatting with them.

Both are pitted against each other in the primary election for the reconfigured Indiana House of Representatives District 22 that covers the majority of Kosciusko County.

The two took some time to chat with InkFreeNews about the state economy; Indiana’s recent passage of the “constitutional carry” bill; Gov. Eric Holcomb’s veto of House Bill 1041, which would have prevented biological males from competing in women’s sports; and what sets them apart from each other as candidates.

Nisly said he wants to continue to strengthen the economy by lowering taxes.

“A lot of people are moving in, especially from Illinois and other places (due to the state’s low taxes),” he said. “If we could keep our taxes low and continue to lower them as we did with our income tax this year, that’s going to be the best way to strengthen the economy, keep the money in people’s pockets that they can spend the way they choose.”

Snow also said continuing to cut taxes was part of his plan if re-elected.

“The main thing is to figure out first with all the money that came in from the federal government, we know we’re not going to get that again, so what does that look like in a year, next year when we don’t receive any more money and we want to make sure that we are fiscally sound going forward, so the sustainability question is what’s in my mind,” he added.

“I want to make sure that the money we have is well-spent and is paying things that are not reoccurring,” he said.

Regarding constitutional carry, Nisly said he was “thrilled” about its passage. He voted for the bill.

“That has been one of my focuses, to get it law (while serving in the Indiana General Assembly),” he said. “I’m glad that it’s here finally.”

“As I am talking to the voters, gun rights is right at the top of the list and people in this area are very supportive of constitutional carry, so I’m glad that it’s the law now,” he said.

“It’s really about the Second Amendment right that we have per the Constitution,” he said. “It’s really for (Hoosiers) that are law-abiding citizens trying to get them to a point where they don’t have to go through some extra red tape.”

“The concern I have with it is the safety of our officers … so we’ve got to figure out how to make that balance, so that our officers are safe on the streets so we don’t have to put them in harm’s way,” he noted. “But at the same time, we’re trying to pass something that our constituents, it’s a right that they have and they ought to be able to have that.”

Both Nisly and Snow said they plan to vote to try to override Holcomb’s veto of House Bill 1041 next month when the Indiana General Assembly reconvenes.

“What is girls’ sports if it’s not girls competing?” said Nisly. “That’s just another issue that the community is very concerned about.”

“I had girls in sports and the reality is biological males no matter what you do, (they are) going to be stronger than the females and so they need a level playing field when they get into high school and college,” said Snow. “I’m in favor of not allowing biological males competing in a women’s sport and so in May we’re going to go back to the Statehouse and we will override that veto. … I think it’s the right thing to do.”

As for what sets him apart from Snow, Nisly said he believes it is his leadership approach.

“I have learned to get things done in Indianapolis sometimes by unconventional means, but I can still get the stuff done and so I’m a different type of leader there and that’s how I’ve been able to accomplish the things that I’ve been able to do,” he said.

“All I can talk about is my track record is I’ve built a lot of relationships to get things across the finish line,” said Snow regarding what sets him apart and why people should select him. “I got a bill passed my first year, I’ve got two bills passed this past year and what I’m really excited about is just school corporations can now have day cares available to them should they just decide to do that and that was a bill that I was really proud of. I had some really good work with the folks down at the Statehouse trying to get that through so … just for me it’s just trying to get relationships built so that we can move forward with different issues.”

Those voting in the 2022 primary may wonder how secure the state’s elections are.

Indiana Secretary of State Holli Sullivan, one of whose roles is overseeing elections, talked with InkFreeNews about election security.

“There are a couple new improvements to our Indiana election code by the Legislature this year I’m very, very thankful for,” she said. “We have continued our cybersecurity to protect our statewide voter registration system, so Hoosiers can feel confident coming and knowing that their vote is safe.”

“We have an upgrade of paper trails, so by ’24, each and every voter in the state of Indiana will not only have equipment that we vote on … but they will be able to see the paper printout of their ballot and verify it before they submit their ballot and we’ve had an increase in security so Hoosier voters can feel confident going to vote even if they’re voting from home,” she said.”The voter ID laws are in place on the absentee ballot application process.”

When asked about any election fraud in the state in 2020, she said she was aware of a person in Vanderburgh County who “was prosecuted … for trying to print out Democrat ballot applications and hand them out.”

“One thing I do thank the General Assembly for everyday is we have teeth in our election law so if a law is abused, there is ability to prosecute,” she said.

“I’m really excited about that and almost every one of the races, no matter who wins, Warsaw’s going to win, Kosciusko County’s going to win (in terms of leadership),” he said. 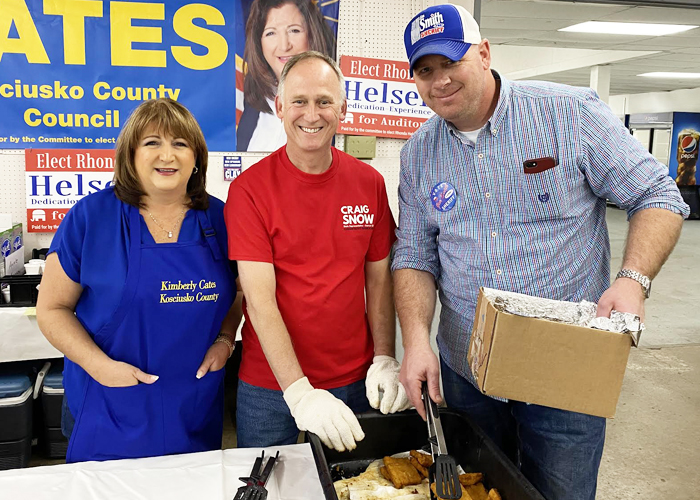 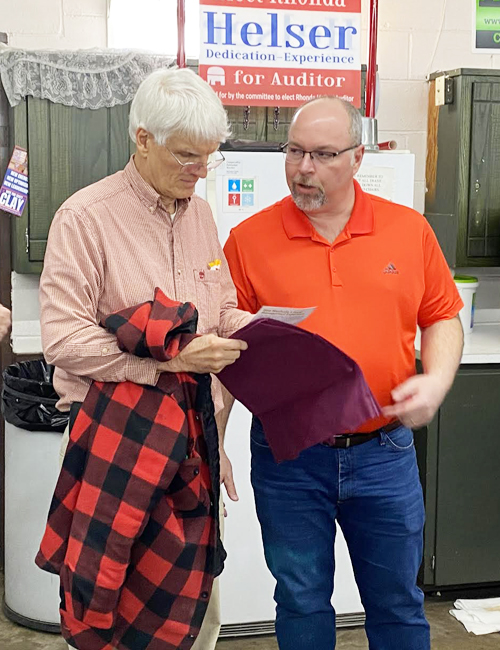 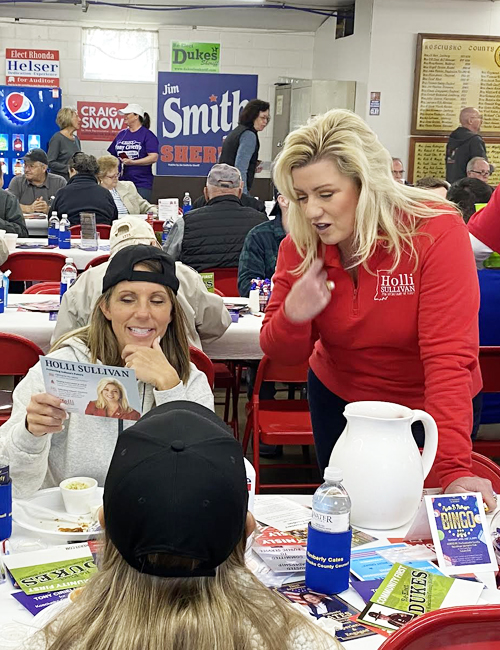 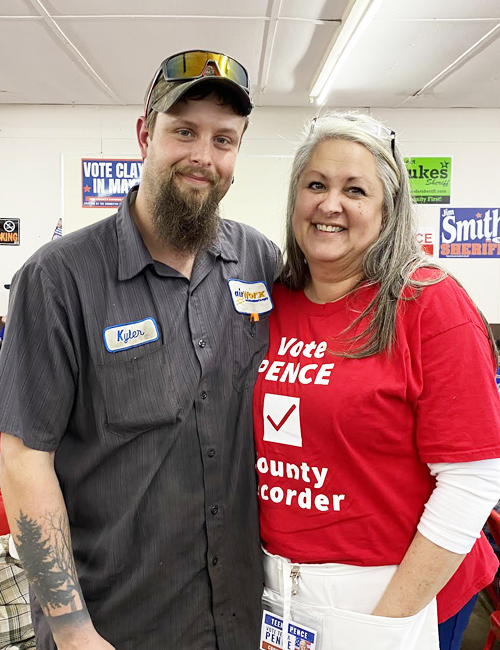 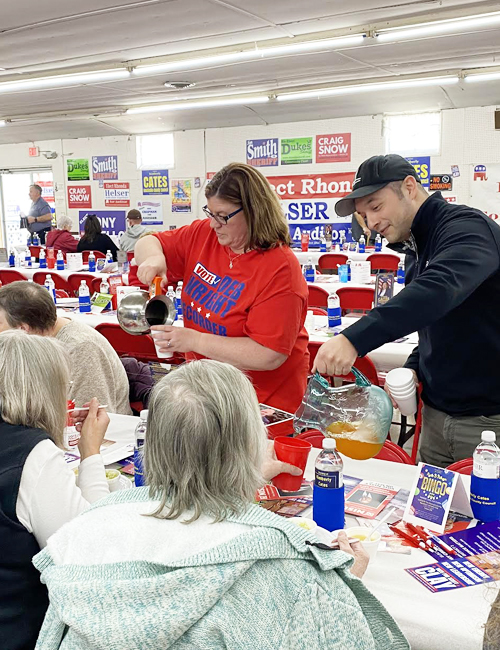 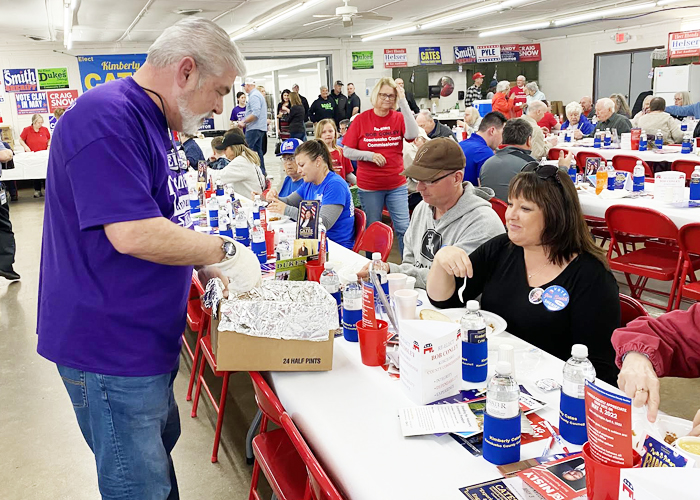 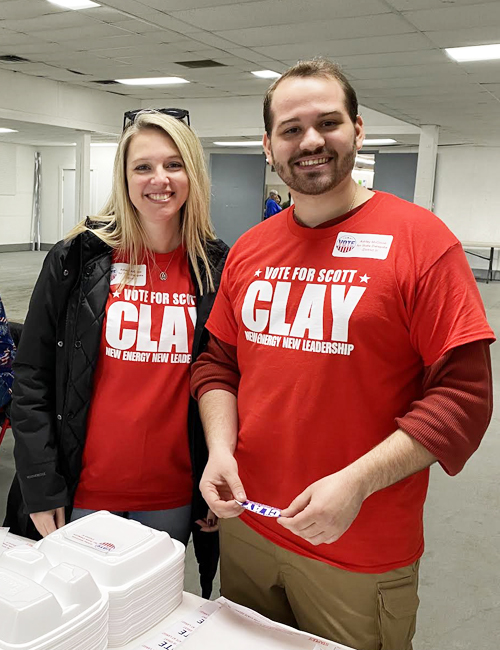 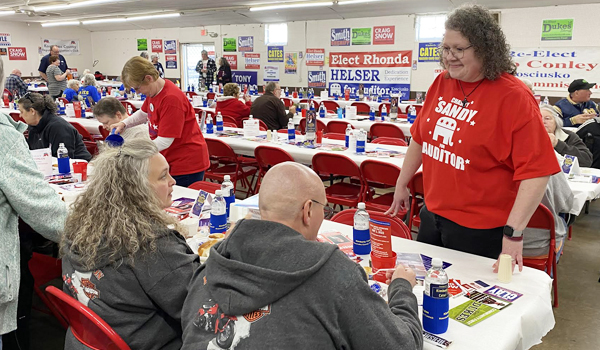 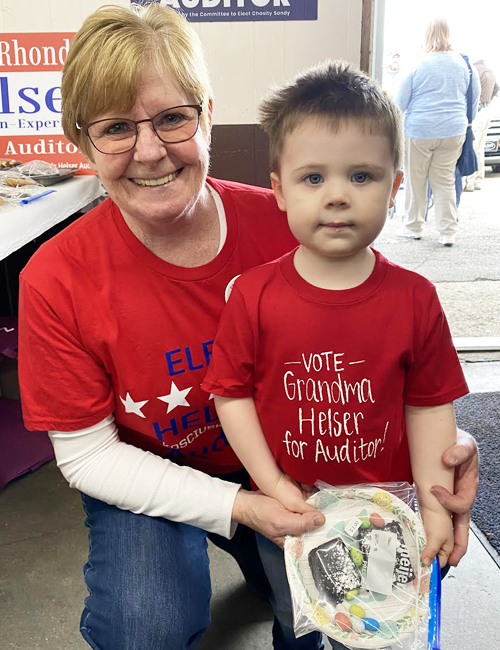 Rhonda Helser, left, poses for a photo with her grandson, Theodore, after getting him some treats. 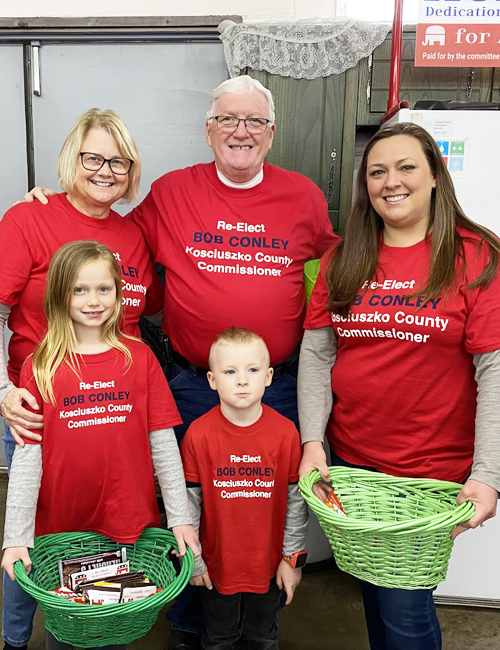 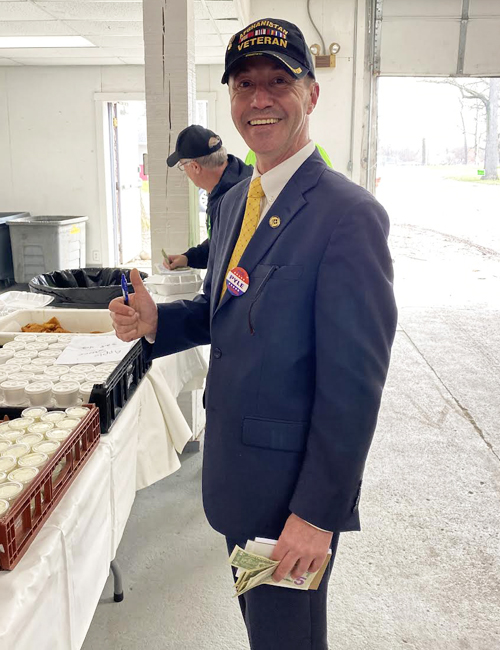 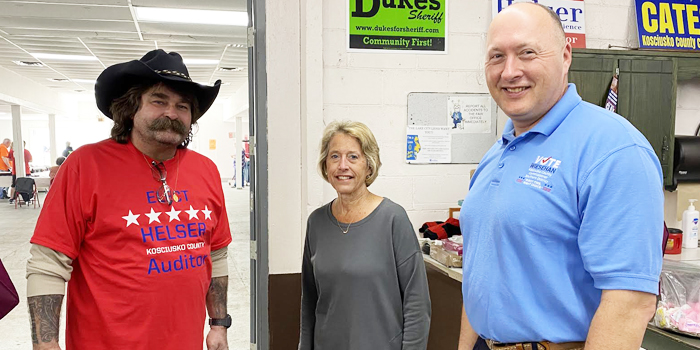 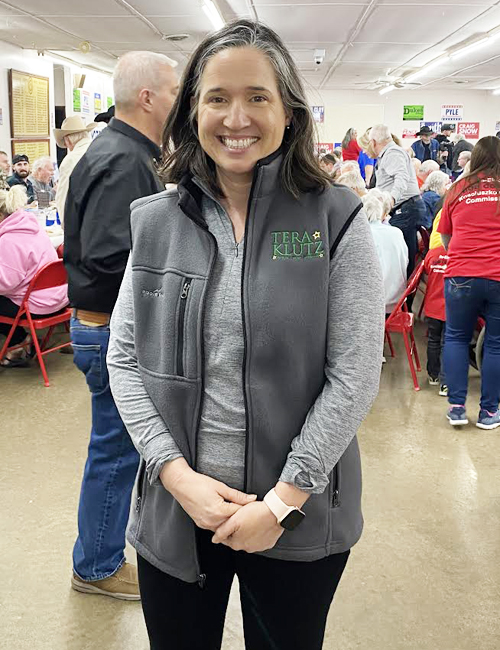