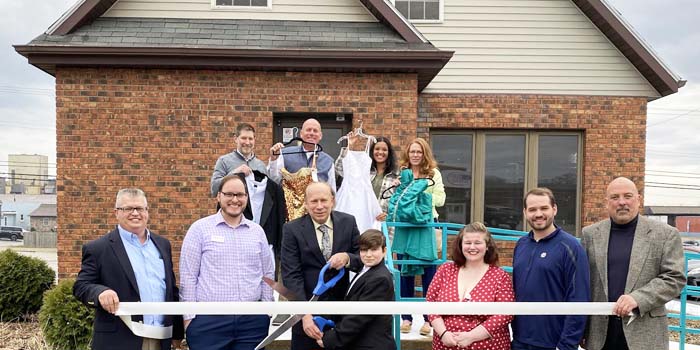 WARSAW — Those in need of formal attire in the Warsaw area won’t have to travel as far to find it.

The new store, Jim and Darlene Formal LLC, will officially open on Friday, April 8, at 1804 E. Center St., Warsaw. The Kosciusko Chamber of Commerce had a ribbon-cutting for the business on Wednesday, March 30.

Owner Michael Skipper said he plans to operate by appointments only at first, and later expand into more normal operations as the need is there. Those appointments will probably be set up from 11 a.m.-7 p.m. Monday-Saturday.

The business’ opening comes just as prom and wedding season is starting for 2022.

Items for sale include hundreds of prom and wedding dresses in multiple colors and materials and shoes as well as men’s attire.

Regarding the latter, Skipper noted that there’s already a men’s formalwear shop in downtown Warsaw. Skipper told the owner that he doesn’t aim to be a competitor, stating that his focus more is on women’s formalwear.

“There’s really not a place nearby (to get wedding and prom dresses) unless you go to Plymouth … or Fort Wayne,” he said. “So I thought why can’t people come here, support the community and (I just want to) be an example for young people if they want to start their own business.”

That includes being one for his son, Simeon.

Family doesn’t only tie into motivation for the business, but also its name. Skipper named it after his uncle and aunt “who’ve just been … an amazing influence in (his) life.”

“He was my best man at my wedding in Kansas,” he said. “I wanted to do something to honor them.” 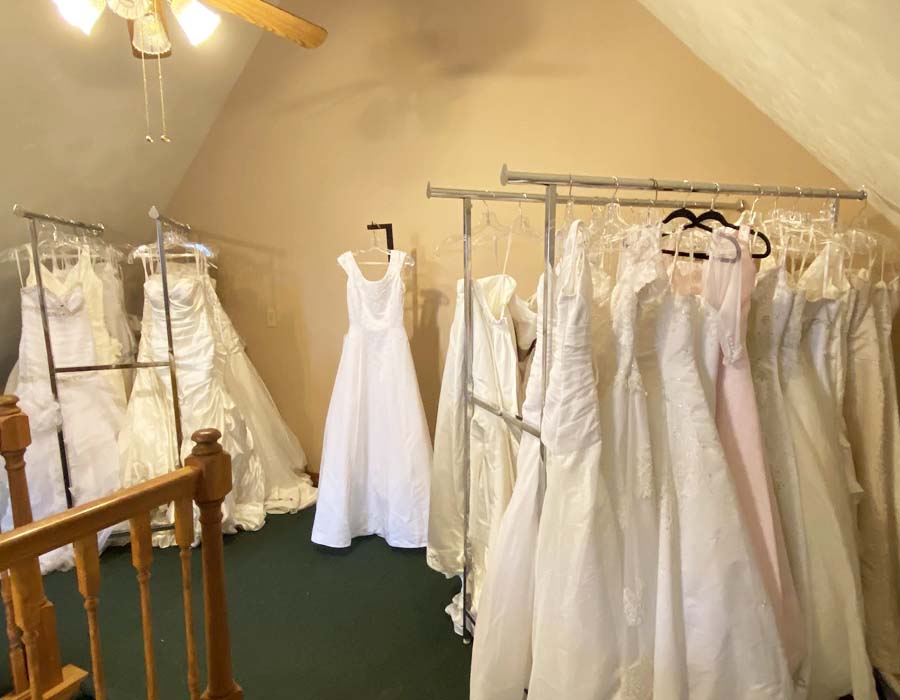 A look at some of the wedding gowns for sale. 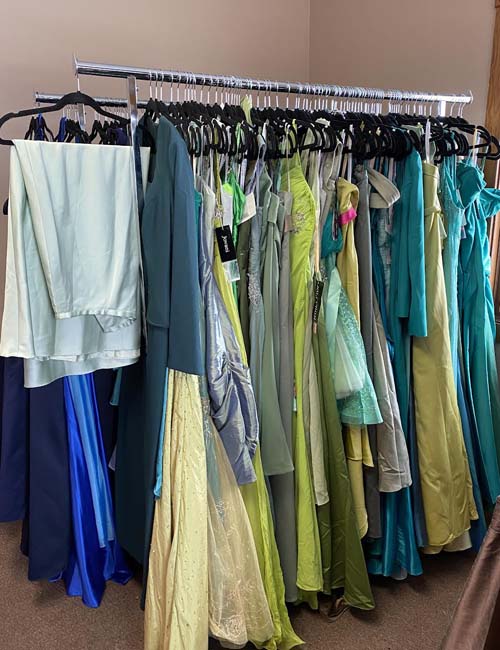 Some of the prom dresses available for purchase.