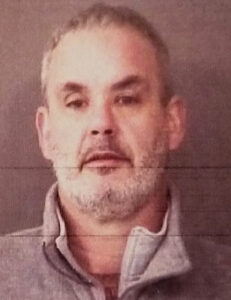 WARSAW — A Warsaw man was recently arrested in a domestic battery case.

On Oct. 8, 2021, a Warsaw Police officer responded to a domestic battery report. Upon arrival at the scene, the officer spoke with a woman who was battered by Craig.

According to court documents, the woman said she and Craig had a verbal argument. Craig told the woman to leave, and then followed her. While in a kitchen, Craig got close to the woman and allegedly grabbed her neck with one hand, choking her. During the incident, Craig shoved her to the ground. The woman then fled on foot through a parking lot. The officer noticed redness on the left side of the woman’s face, cheek and neck area.

Two bystanders said that prior to the officer’s arrival, they saw a woman screaming and running through a parking lot while a man chased her.

Craig was previously convicted of domestic battery in Wabash County in January 2016.

For this case, Craig was booked in the Kosciusko County Jail on March 13, with a $6,000 surety and cash bond.