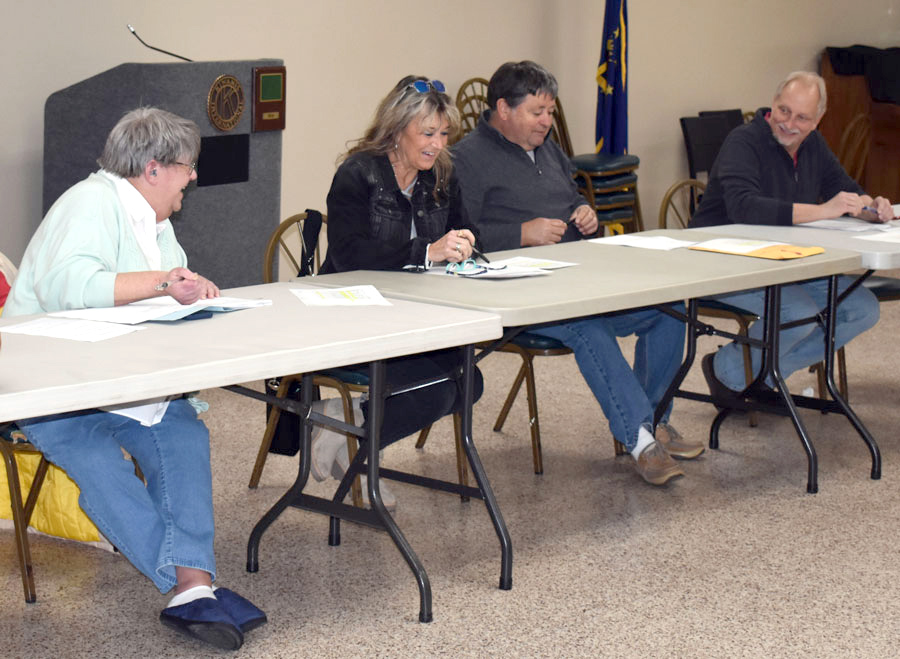 The town’s clerk-treasurer, Betsy Luce, distributed a proposed financial plan for allocation of the $263,702, half of which was received in August 2021 and the remainder of which will be received this calendar year.

According to the plan’s executive summary, “The Town of North Webster intends to use the Fiscal Recovery Fund dollars primarily in the areas of public heath, services to disproportionately impacted communities, sewer infrastructure and revenue replacement. The town reserves the right to adjust planning priorities as circumstances change or evolve.”

The lion’s share of the grant, $125,000 will be invested in sewer infrastructure to replace lift station electrical panels and pumps and repair a clarifier (a settling tank used to remove solid particulates or suspended solids from wastewater).

• $40,000 for services to disproportionately impacted communities, including a well for the fire territory.

The remainder of $42,702 will be used for revenue replacement.

• Saturday, April 30, closure of Main Street (SR 13) from North Webster Elementary School to Washington Street to accommodate about 200 youth baseball players and coaches participating in a parade to celebrate the opening of their season. The closure is expected to occur between 10 a.m. and noon.

• Wednesday through Saturday, June 22-25, closure of the entirety of West Washington Street during the Mermaid Festival.

• Saturday, July 30, closure of Washington Street from its eastern terminus at Webster Lake to the alley beside The River Coffeehouse. The closure will serve to accommodate the operation of a Lake City music truck for Dixie Day.

They responded to 203 calls for service, most frequently for traffic related incidents (38 calls), citizen assists and lockouts (30) and accident or vehicles in ditch (19). They assisted other agencies, such as fire and EMS, 11 times.

He said the department is still looking to hire a patrol officer. Applications can be obtained by calling (574) 834-2700.

Jayne Alger, project manager for Inframark, reported no utilities violations during February, but described some temporary issues in the operation of the lift stations due to the excess precipitation during the month. “The problems are not nearly as bad now,” she said.

She said one of the department’s maintenance techs, Joe Clark, left the town’s employ; further, she and two employees all tested positive for COVID and had to quarantine for part of the month.

Alger is recruiting a replacement for Clark. The full-time wastewater treatment maintenance tech position pays $18 an hour, and applicants are invited to contact Alger at (574) 834-7241.

Leann Hubbs, a member of the town’s park board, presented the parks report. “We have ordered new fencing for the parks and will replace chain link with chain link and white fencing with black metal fencing.

“The wooden privacy fence for the restrooms at North Webster Town Park has been there for at least the 30 years I’ve been here and will be replaced with vinyl fencing. We will also replace the restroom doors.”

Hubbs said the park board presently consists of only two members and recommended adding Jennifer Crosley and Dave Waliczek as members.

The board approved both nominations, with the proviso Waliczek not receive any pay to avoid violating state law prohibiting any person from simultaneously holding two remunerative municipal jobs.

Waliczek said he would gladly serve on the park board as a volunteer.

The town council will next meet at 6 p.m. Tuesday, April 19, in the North Webster Community Center.