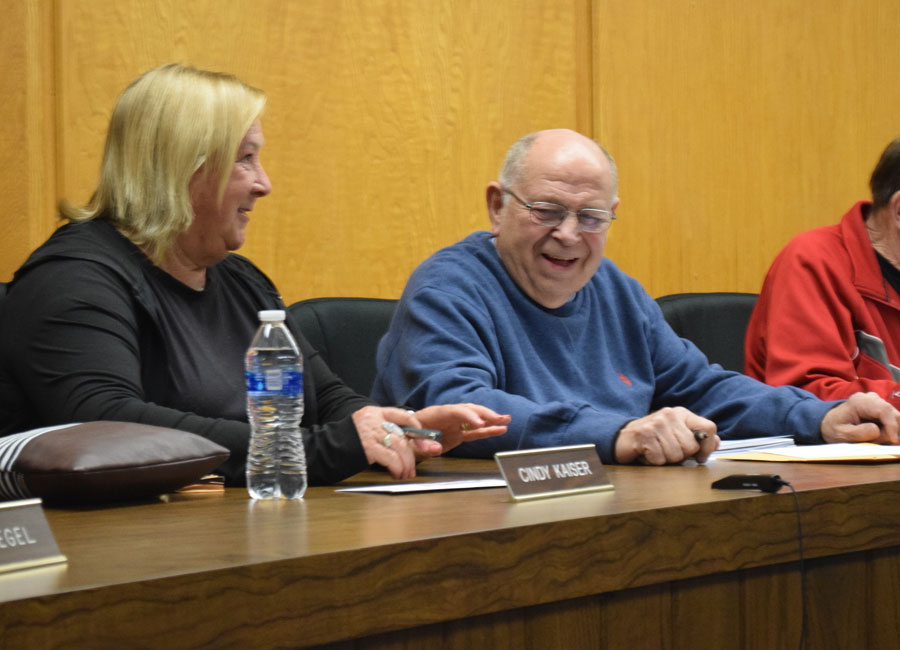 Fire Chief Mickey Scott explained the fire territory needs to reestablish the equipment replacement fund so it does not fall behind in updating equipment while costs are going up. The fire territory presented a 20 year plan with a 4% annual increase built in.

Alan Tio of Kosciusko Economic Development Corporation provided an update to the council. “The Town of Syracuse has worked hard to bring business to town,” Tio said. He noted KEDCO focuses on three pillars: entrepreneurs, housing and talent. He explained the county needs to be known for supporting entrepreneurs. KEDCO does this by providing a single point of contact between business owners and government agencies and other resources.

When it comes to housing, Tio said KEDCO has been working with the town on the issue. He noted studies show the county can produce more housing.

Regarding talent, Tio said KEDCO has the capability to come alongside employers and assist with both acquiring talent and talent retention. He explained KEDCO is working hard to make sure those outside the county know what’s available in Kosciusko County.

Tio closed out his presentation by noting KEDCO can assist local manufacturers using smart technology to apply for a manufacturers readiness grant which puts tax dollars back to work.

The council moved on to approve three task orders addressing the Oakwood lift station force main improvement project, the Lakeside Drive water main loop and the exterior painting of the north water tower for a total of $207,500 with design work to be completed by October.

David Wilkinson, town manager, discussed the town’s comprehensive plan with the council. He is working with department heads and the police department on updating the plan.

In doing some research, Wilkinson noted there is approximately $1 million in the Syracuse Tax Increment Finance District, and suggested these funds could be used to improve the SR 13 corridor, which is a project mentioned in the comprehensive plan.

The funds can only be used for utilities or sidewalks. Wilkinson noted one good use of the funds would be updating or replacing six of the nine lift stations in the corridor. The remaining three have already been replaced.

After more discussion the council decided to use some of the Syracuse TIF funds for the comprehensive plan.

The Kern Road annexation is moving forward. The Eagles have agreed to be annexed and the neighbor across the street from the Eagles also wants to be annexed.

Police Chief Jim Layne reported the next police commissioners meeting will be held in April.

Chad Jonsson, park superintendent, reported the town received its 21st Tree City USA designation and its 16th Grown Award from the Arbor Day Foundation. He is working with Releaf Michigan on a grant proposal. He recently met with a representative from Releaf Michigan to review sites to plant 50 trees around Syracuse.

The trees will be planted Saturday, April 30. Jonsson is reaching out to athletic coaches to get some teams to help with the planting. Trees will be planted in Laudemann Park, the wastewater treatment plant and the corner of Polywood Way where a house was torn down for the road expansion.

Installation of dry wall is almost complete and the electrical has been run at the new ball park.

In the fire report, Scott thanked the community for stepping forward in assisting a family who lost everything in a house fire in February. He also reminded the public the fire territory does siren tests at 11 a.m. the first Friday of the month.

In the clerk treasurer report, the council approved using $10,000 in Cumulative Capital Improvement Tax funds to cover a short fall of funds for Forest Park until 2029. Julie Kline explained in 2009 Forest Park came to the residents asking for water and sewer. It was put in at Forest Park’s expense with payment for the installation added to the company’s water bill.