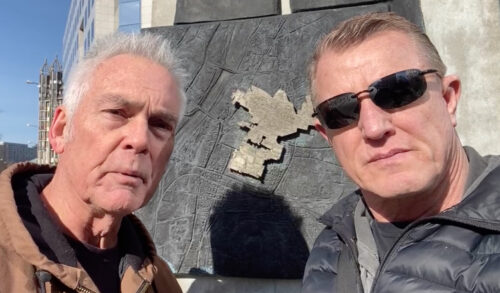 Here is a church near Krakow that’s been converted into a shelter for refugees.

Editor’s note: This story has been updated to correct the spelling of Greg Raun’s name. InkFreeNews regrets the error.

WARSAW – Pastor John Lowe said he debated whether to travel to Poland to help Ukrainian refugees or use his airfare money as a form of aid instead.

The pastor of New Life Christian Church and World Outreach, who has close ties to numerous church leaders in Ukraine, now finds himself in Krakow, Poland amid a historic flood of refugees fleeing the Russian invasion of their homeland. 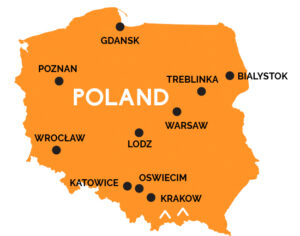 He said he flew to Poland after being asked to help Crisis Response International in Poland.

Lowe has worked with churches in Ukraine for more than 20 years.

He arrived Tuesday with a friend, Greg Raun of World Compassion Network, and plans to remain in Poland until March 21.

Lowe said he’s experienced a roller coaster of emotions while he and others help process and temporarily house some of the three million Ukrainians who left with virtually nothing as their homes were being bombed.

He’s watched in awe as Poland has embraced the foreigners.

In response to the flood of refugees the country is making public transportation in Poland – trains, buses and taxis – available free of charge to those with Ukrainian documentation.

“You couldn’t have a more welcoming situation,” Lowe said. “The Polish people have been marvelous.”

He said he watched a Polish man approach a refugee and offer to take him anywhere.

In recent days, Lowe has been at a youth camp in Krakow that’s been converted into a refugee camp. Much of the work has entailed loading and unloading supplies.

The invasion began more than two weeks ago in an attempt by Russian President Vladimir Putin to retake what had been part of the Soviet Union before it splinted in 1991.

Much of the world has rallied in opposition to Russian aggression, fearing Putin will invade other countries if he is successful in Ukraine.

While much of the combat has been in eastern parts of Ukraine, the Russian military shifted some of its focus on western Ukraine near the Polish border. On Saturday, Russian missiles hit a military base near Lviv, killing at least 35, reports say. Lviv is about an hour’s drive from the border with Poland.

Lowe talked by phone with InkfreeNews and has sent a few texts updating the situation. He said Sunday that there is a growing concern about the attacks near the Polish border.

Ukrainians have a long history of war and know what looms, he said.

Lowe said he views Putin as a bully who will continue until he’s stopped.

“The people are in a no-compromise mental state,” Lowe said. They know they cannot settle for anything less than getting their country back.”

Lowe is also posting updates on his Facebook page with videos and photos.

In one striking video, Lowe and Raun are seen standing next to a memorial honoring the memory of the World War II Ghetto in Krakow.

“If we have learned anything from history, we wouldn’t be here today, Instead, we’re standing on the verge of repeating it again.”

At the end of the video, the two men from Warsaw make a plea for support. Lowe’s church and the World Compassion Network are both offering ways to assist.

“We don’t care where you send the money, but do something to help the cause,” he said. 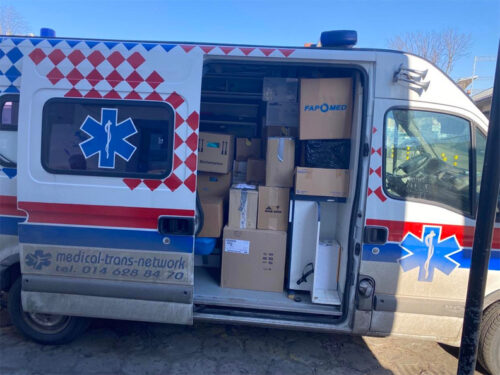 Supplies are packed in a van to assist refugees. 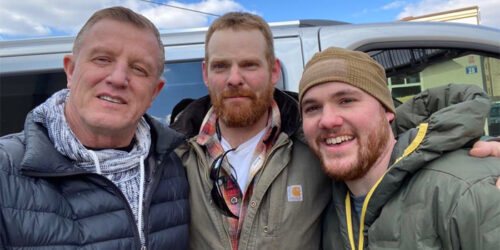 John Lowe (L) met two men from the United States while in Poland. 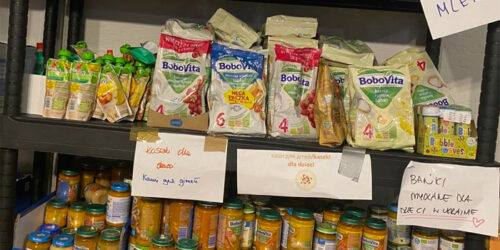 Some of the food that’s been made availabe to refugees.