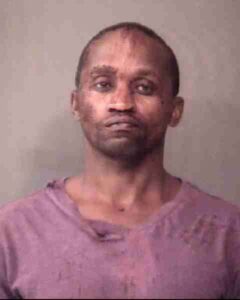 WARSAW — A Warsaw man who attacked his ex-wife with an ax in 2018 received a 13-year prison sentence for aggravated battery.

Waithira pled guilty to aggravated battery and was sentenced in Kosciusko Circuit Court on Monday, March 7. The three counts Waithira was initially charged with were all dismissed as part of his plea agreement.

Initial Affidavit of Probable Cause

On Aug. 27, 2018, county dispatch received a report from one of Waithira’s neighbors; the neighbor said children told them Waithira was killing their mother.

According to court documents, officers arrived at a residence and saw Waithira covered with blood while sitting on top of a woman, who was his wife at the time. Officers noticed several “chops” to the woman’s head, with a hatchet or hand ax laying nearby. The officers secured the scene by placing Waithira in handcuffs and rendering medical aid to the woman, who was experiencing severe blood loss.

The woman was flown by medical helicopter to a Fort Wayne hospital. According to the couple’s children, prior to the incident, their mother had indicated a desire to relax in a bedroom. Waithira joined her shortly after.

The children told officers they heard noise coming from the bedroom, which they thought was laughing at first. They soon realized it was their mother crying and entered the bedroom. The children said they saw Waithira standing over their mother while holding a small ax. At this time, the children went to a neighbor for help.

Officers searched the home and found an ax in a bedroom. The ax was covered in blood and hair. Officers noticed that more blood and hair was found in several different places in the bedroom.

On Aug. 28, 2018, officers went to the Fort Wayne hospital to document the woman’s injuries. Hospital personnel said the woman had seven blows causing injuries to her head, two of which resulted in skull fractures. One of the blows caused a large laceration the size of a hatchet blade to the front of her head.

Staff also said the woman’s right ear was severed and surgically reattached. She also had two lacerations to her upper body and severe bruising to her neck that was consistent with being strangled. Hospital personnel said the woman told them Waithira tried to kill her.

Reust said that had the case been taken to trial, the defense would present evidence that a fight ensued between Waithira and his ex-wife after Waithira looked at the woman’s phone while she was in the shower.

He further stated that Waithira’s ex-wife hit Waithira in the head with a hatchet, noting that Waithira still has physical scars from his injuries. However, Waithira took the hatchet from his ex-wife and hit her back.

Reust said there was evidence that showed Waithira administered first aid to his wife, made 911 calls, and ran to a neighbor’s home for assistance. He said Waithira was cooperative and helpful with officers’ investigations on the incident.

“He’s been regretful ever since,” said Reust. “It’s appropriate what he’s pleading to.”

No statements from victims or witnesses were presented in court.

“This has been a very long time for me,” said Waithira. “I never thought I’d be in this situation and I’m very sorry indeed for what I did. It’s a sad part of my life that I have to live with.”

For aggravated battery, Kosciusko Circuit Court Judge Michael Reed sentenced Waithira to 13 years in the Indiana Department of Correction. He has 1,288 days, or about 3 1/2 years, of jail time credit in this case. Restitution in Waithira’s case has already been addressed and deemed satisfactory by Waithira’s ex-wife.