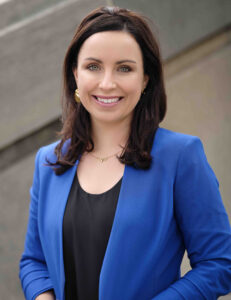 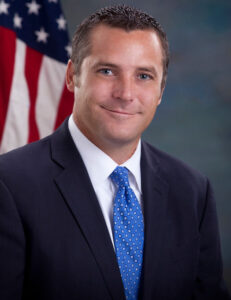 NAPPANEE — “Jobs Tour,” a public educational forum, will be held in Nappanee at 3 p.m. on Saturday, March 5.

Among the economic benefits that have flowed to Hoosier families from the Infrastructure Investment and Jobs Act, and the American Rescue Plan, are massive improvements in roads and bridges, and public transportation. Helping Hoosiers understand the deployment of the billions of dollars that have been allocated to Indiana is the intent of the “Jobs Tour” program.

This open-to-the-public event for residents of Kosciusko, Elkhart and Marshall Counties will be held at 159 E. Lincoln St., Nappanee; free parking is available in the adjacent municipal parking lot. This forum will be held on a revolving basis during 2022 in every congressional district in Indiana.

“The American Rescue Plan and the Infrastructure and Jobs Act sent billions to Indiana for transportation improvements,” said McDermott.

Seven billion new dollars coming into Indiana is part of Build Back Better funds intended to repair roads and bridges in all 92 counties, and $680 million is going to improve public transportation systems. A total of $40.2 million was allocated for Elkhart County, but much of that has not yet been put into action due to various local delaying mechanisms of a partisan nature. One purpose of the Jobs Tour is to encourage local governments in Elkhart County to utilize these funds on a timely basis.

The impact of monies from the Jobs Act is already evident in many parts of Indiana. Destiny Wells will talk about her experiences visiting workers around the state.

“When I visit our union leaders, they tell me that the union halls are empty because their members are working thanks to the Biden administration’s investment in Indiana,” Wells said. “The Jobs Act was designed to set aside partisanship and focus on those kitchen-table issues that matter most to Americans, and it has delivered as promised.”

The Jobs Tour is also part of the process whereby local Democrats and party leaders discuss policy elements that will shape the party’s platform “The Hoosier Promise,” which will move from draft to final document to be approved during the Indiana Democratic Party convention in June. The March 5 event is hosted by ACT Nappanee-Wakarusa, Elkhart County Young Democrats, and the Elkhart County Democratic Party.

In accordance with CDC guidelines, wearing of masks and social distancing is recommended for this indoor event.