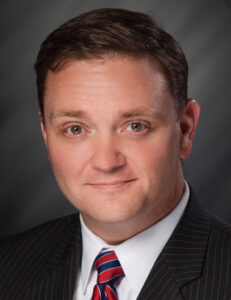 Dvorak’s amendment to prohibit businesses associated with the Russian Federation from purchasing real estate in Indiana unanimously passed the House of Representatives.

“The Russian Federation is a kleptocracy that launders its money through real estate transactions all over the world,” said Dvorak. “Our message today is that Indiana will not be a safe haven for ill-gotten Russian funds, nor for its oligarchs trying to find financial shelter in the wake of Putin’s unconscionable invasion of Ukraine.”

A second amendment offered by Dvorak would have required the State of Indiana to divest all pension assets from Russian-controlled businesses, but it was ruled out of order by a vote on procedural germaneness to the bill.

“Indiana invests nearly $40 billion dollars in public pension assets – and not one cent of that money should go toward propping up Russia’s tyrannical regime,” said Dvorak, a long-time critic of Putin’s policy in Ukraine, who first filed language to divest pensions funds from Russia in 2017.

He added, “While I am disappointed that the House did not pass divestment legislation today … the amendment that did pass with unanimous support barring Russian real estate investment in Indiana sets an important precedent that I hope other states will soon follow.”