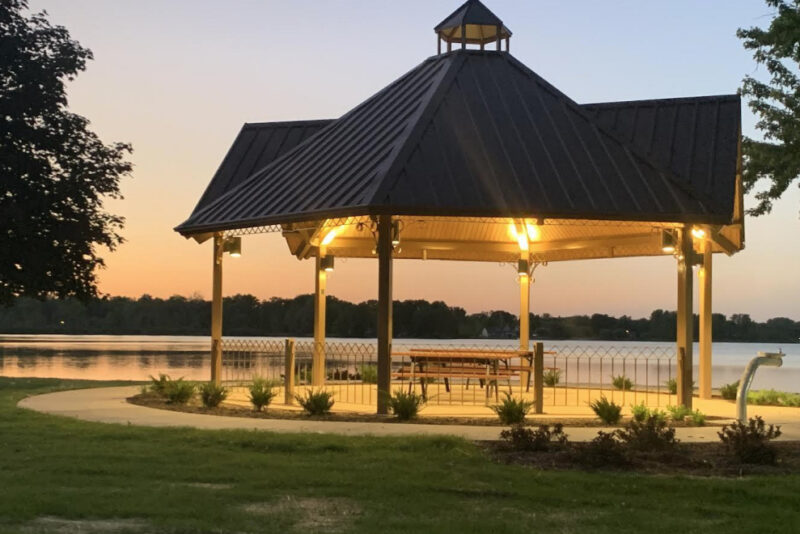 This new pavilion along Center Lake in Warsaw is one of the new attractions in the city park system. Photo provided by the city of Warsaw.

WARSAW – The Warsaw Parks department has rebounded nicely from some of the financial impact of the coronavirus pandemic.

A year-end summary provided at the Warsaw Parks and Recreation board meeting on Tuesday, Feb. 15, shows numerous revenue and fee reports rebounding in 2021 after a down year in 2020.

For example, total revenues for Center Lake Pavilion tripled its total in 2020 to $16,878 in 2021; Revenues for the Nye Youth Cabin and the Firemens Building both doubled compared to totals in 2020.

Parks Superintendent Larry Plummer said the comparisons are not accurate, though, because the city raised fees on many parks services in the past year.

Regardless, Plummer feels good about this year’s park programming.

I don’t know if it’s back to normal, but it feels good,” Plummer said.

In 2021, The parks department continued the Friday night concert series but cancelled the large-scale classic rock and country concerts over fears of COVID-19.

He said they adjusted programming and found other ways to generate revenue,” Plummer said.

“Any time we could rent a building and stay within the parameters, we tried.”

He said he believes people are eager to use public spaces. Last week’s two-night daddy-daughter dance was a sell-out and an upcoming macrame class filled up quickly.

The city will announce the featured artists for both concerts in the first week of April.

The entire year-end summary of collaborations, highlights, additions and finances is available here.

On another matter, Plummer said plans to construct the new parks office at the corner of Main and Canal streets probably won’t happen until 2023 because of steel shortages.