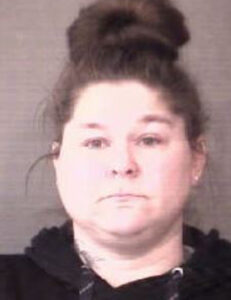 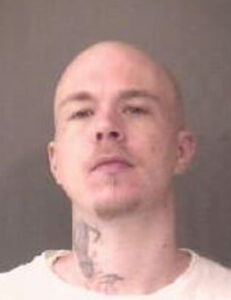 Heather R. Bentley, 36, 1202 Wooster Road Lot 14, Winona Lake, is charged with two counts of dealing a schedule I, II, or III controlled substance; and trafficking with an inmate, all level 5 felonies.

Nickolus George Toepfer, 34, Shipshewana, is charged with dealing in a schedule III controlled substance and trafficking with an inmate, both level 5 felonies.

Upon opening the letters, officers found drugs were inside. The first envelope contained about 1.5 grams of a schedule III controlled substance. The second letter contained what appeared to be crushed pills, which weighed 1.6 grams.

One of the NET43 officers was able to obtain recordings of a KCJ inmate, identified as Toepfer, explaining to Bentley how to sneak drugs into the jail by using legal mail. On Oct. 22, 2021, Bentley told Toepfer that she had mailed the letters.

Officers spoke with Bentley on Dec. 22, 2021. She admitted that Toepfer originally brought up the idea of sending drugs to him at the jail in October 2021. Bentley said she sent a total of three items to Toepfer at KCJ while using other inmates’ names.

Bentley also said she had additional suboxone strips and other pills at her home that she planned to mail to inmates at KCJ. That same day, Bentley took officers to her home and gave them two suboxone strips and 13 pills identified as a schedule III controlled substance.

Bentley and Toepfer were booked in the Kosciusko County Jail on Feb. 10.