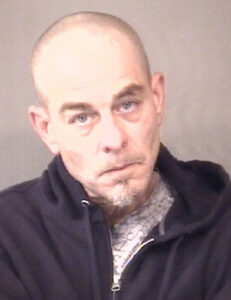 SYRACUSE — A Florida man was recently arrested after allegedly pointing a firearm at someone while having a prior conviction for aggravated assault.

On Jan. 29, a Kosciusko County Sheriff’s Office deputy responded to a report of an unwanted person with a handgun sitting in a vehicle in the Syracuse area.

Upon arrival at the scene, the deputy spoke with a woman who said Rohrbaugh had been in possession of a handgun. The woman retrieved the handgun from Rohrbaugh before the deputy’s arrival.

According to court documents, when the deputy initially attempted contact with him, Rohrbaugh would not respond. Upon the vehicle’s door being opened, Rohrbaugh allegedly became upset and non-compliant. He resisted arrest and continued to physically resist until additional officers arrived at the scene.

Rohrbaugh was previously convicted for aggravated assault with a deadly weapon, a third degree felony, in Florida in March 2020.

Rohrbaugh was booked in the Kosciusko County Jail on Jan. 30, with a $10,250 surety and cash bond.