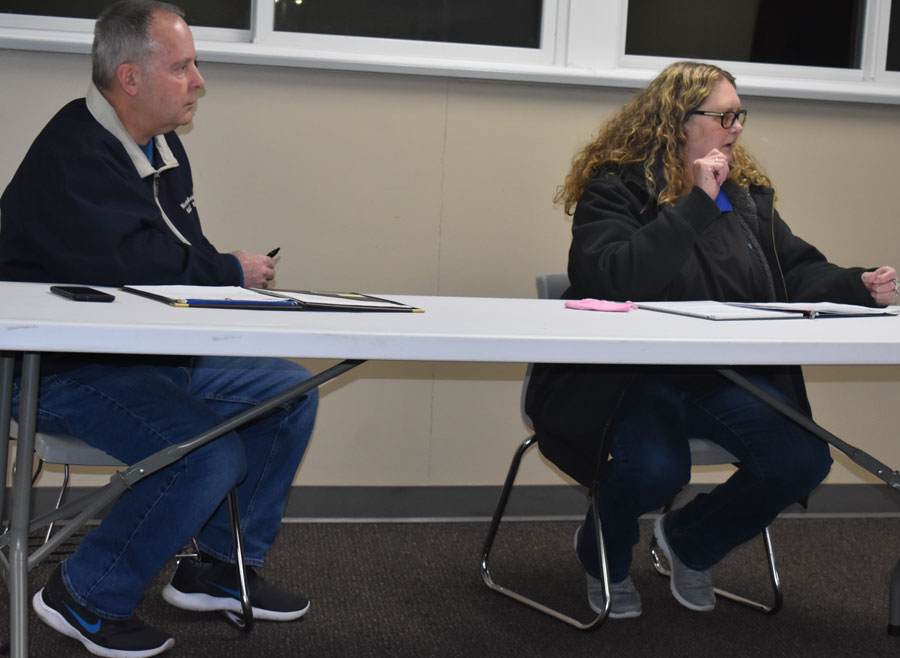 NORTH WEBSTER — North Webster town council Tuesday, Jan. 18, ended its meeting with an altruistic gesture by donating $250 to the Kids Business Fair to be held from 10 a.m. to 1 p.m. Saturday, March 19, at the North Webster Community Center, 301 N. Main St.

The annual fair provides an opportunity for youth, grades K-8, to sell products and services in their own business ventures.

In other business, Police Chief Greg Church submitted his department’s report for the calendar year 2021. During the year, department officers responded to 2,939 calls for service, an average of more than just over eight calls per day. During their patrols and responses, department personnel drove 43,179 miles.

Church announced his department had two openings for patrol officers and stated the starting salary is $52,000 per year.

He said interested prospects can email [email protected] or stop by the police station, located at 144 S. Main St., across from Pilcher’s, during business hours of 8:30 a.m. to 4:30 p.m. Monday through Friday.

She said her company and the town are trying to remediate the operation of some of the wastewater pumps.

The program will also generate labor and cost reports, which will be shared with the town council so its members can stay apprised of how the department is spending its revenue and distributing its employee hours.

Alger also reported the street department has been salting the streets and that she has ordered another load of salt for the duration of the icy season.

North Webster Town Clerk-Treasurer Betsy Luce announced two vacancies on the town’s park board and suggested anyone interested in filling one of the seats call her office at (574) 834-7894.

Applicants must live within the town limits.

“We have always been fortunate to have really good people serving on that board,” she said. The position is essentially volunteer, as it pays only $250 per year.

Luce made several other requests, all of which were unanimously passed by the council.

She asked for approval of an ordinance increasing the town’s monthly trash collection fees from $9 to $12, beginning March 1. “We were using our surplus to keep the lower rate going and we used that up. Now we just need to break even,” she explained.

She also requested permission to apply for a credit card to facilitate town purchases.

She proposed two amendments to the town’s sewer ordinance.

First, she asked for authorization to recoup bank charges for non-sufficient funds checks tendered by citizen patrons. “That is happening more and more,” she said.

Second, she requested an increase of $10.50 (from $50 to $60.50) in the fees for liens placed on properties of recalcitrant home and business owners. “We have to pay the county to record and release liens. The increase allows us to electronically file the liens.”