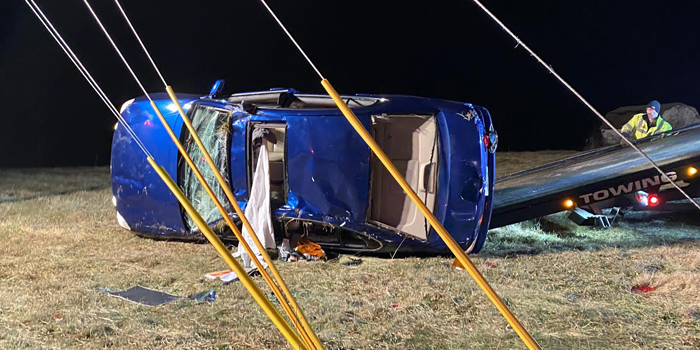 PIERCETON — A Pierceton man was injured following a wreck on Thursday night, Jan. 13.

Kevin E. Hamilton, 35, was taken to Parkview Regional Hospital in Fort Wayne following the single-vehicle accident. It happened about 8:30 p.m. on East Wooster Road near South CR 500E near Pierceton.

According to a Kosciusko County Sheriff’s Office accident report, first responders were called out to the scene for a vehicle that had crashed and was reportedly on its roof.

A sheriff’s deputy arrived at the scene and estimated that Hamilton was traveling westbound on East Wooster Road approaching the intersection of South CR 500E in a 2000 Lexus. The deputy believes Hamilton began to make a left turn onto South CR 500E when the vehicle left the roadway.

The vehicle came into contact with guy wires attached to a utility pole. It then traveled up one of the wires, causing it to turn over onto its roof.

Hamilton said he couldn’t remember what happened during the accident.