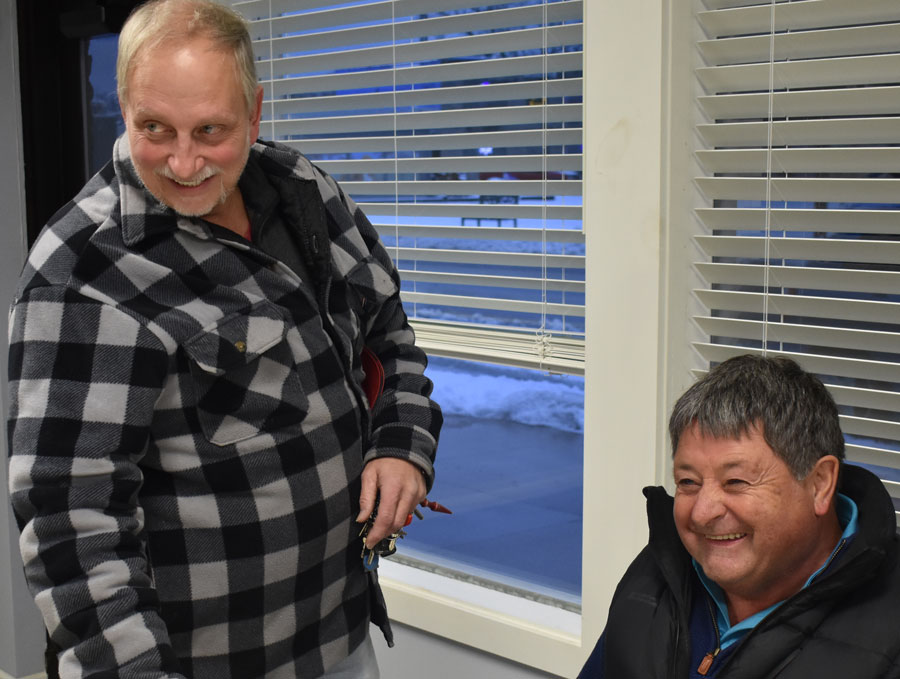 “The town is on very good financial footing,” he said in an interview with The Mail-Journal. “We have been very good for years with being frugal with the people’s money and we are not going to change.”

Thystrup highlighted three “most important” items to which he is committed to bringing progress.

The town completed new paving of about one-quarter of the streets inside the town limits in 2021. Thystrup hopes to continue that progress.

“We have applied for some grants from the federal and state governments,” he said. “Whatever we get financially from them, that is what we will do.

“Optimistically, though we may not get most of the streets paved in 2022, we will do quite a bit of it.”

“We are actually already working on a bike trail project, and we received the grant for the feasibility study.

“The bike trail will go from the bridge over the Tippecanoe River on the south edge of town, up beside the sidewalks in town and keep going along State Road 13 to the middle school.

“We are working with the (Syracuse-Wawasee Parks Foundation’s) trail committee in Syracuse. They are going to meet us at the middle school.”

“We actually need a few more officers in North Webster, and to make that happen, we increased that pay.”

Thystrup invited comments from the citizens of North Webster. “The more input we get from the townspeople the better. We are here for them, to follow what the majority wants us to do.”

The council next convenes for a regular meeting at 6 p.m. Tuesday, Jan. 18, at North Webster Community Center.