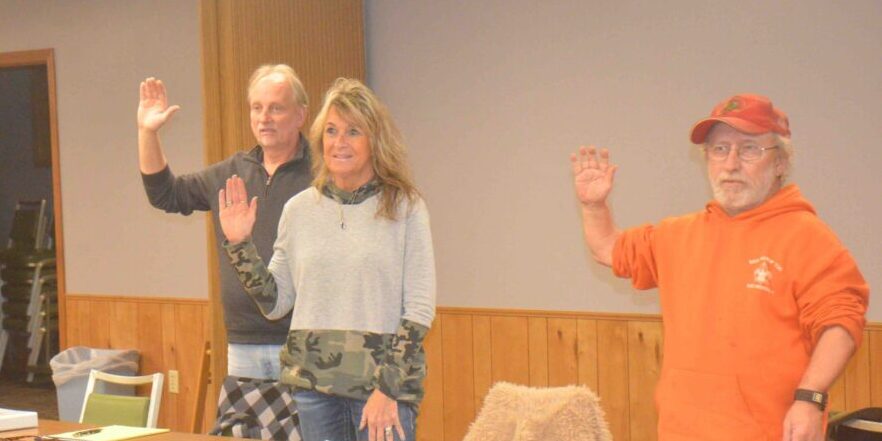 NORTH WEBSTER — The newly-established Tippecanoe Township Fire Territory board didn’t waste any time gathering for its first official meeting on Tuesday, Jan. 4. The fire territory created from the former North Webster Fire Department and officially came into existence with the dawn of the new year.

The meeting was preceded by a six-minute meeting of the Tippecanoe Township Advisory Board to take care of procedural matters, including a unanimous vote to transfer more than $400,000 in funds from the former fire entity to the new territory. This included approximately $66,000 from the fire fund an more than $340,000 from the cumulative fire find to the territory’s equipment fund.

The first order of business was to swear in the new fire territory’s board, which includes Jim Rhodes and Ed Clayton from the township advisory board, Lisa Strombeck and Dave Waliczek from the North Webster Town Council, as well as at-large member Mark Lawson.

“This meeting was a long-time coming,” said Tippecanoe Township Trustee Chris Francis as he prepared to swear in the members. “We’ve been working on it for what, eight or nine years?”

Francis presented the board with a variety of information to help in their work, including budget numbers for 2022. He suggested that the money that was transferred to the territory would allow the fire territory to remain solvent until regular monthly income tax disbursements begin and the actual spring tax disbursement in June.

For its first official order of business, the board elected Clayton as its president, Strombeck as vice president and Rhodes as secretary.

Fire territory Chief Jeremy Likens addressed the board and said he looked forward to working with them. He then presented his recommendation for the territory’s first new hire, nominating Jonna Stamm for the probationary position of paramedic/firefighter. Likens noted that Stamm is a North Webster resident with significant experience as a paramedic, EMT and firefighter.

Likens also asked for and received approval from the board to continue researching the purchase of a new ambulance to replace one of the two existing units owned by the department. He noted that the purchase is approximately 18 months away, but that certain groundwork would need to be laid before that time. Likens added that the cost for all fire fighting-related equipment has increased by 10-18% in the recent past.

The board also entertained discussion on issues such as the finalization of the personnel handbook, as well as health insurance and longevity bonuses for fire territory employees. Currently, the fire territory has 10 full-time employees and 18 volunteers. 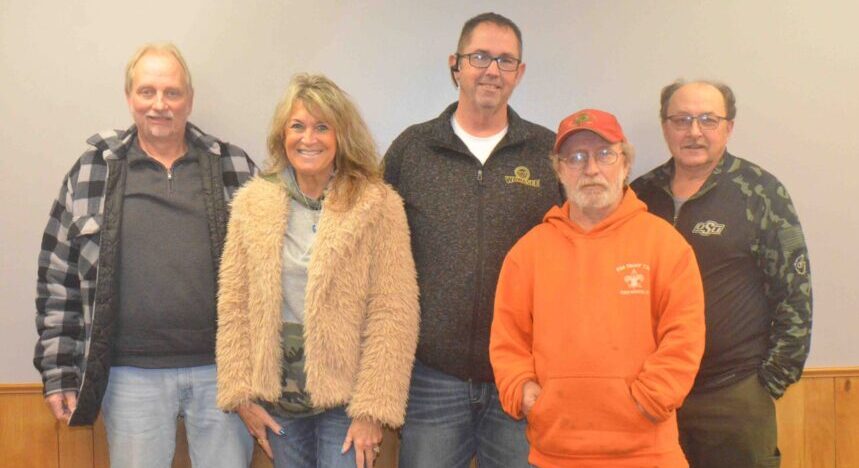 The inaugural board of the Tippecanoe Township Fire Territory includes, in the front row from left, Lisa Strombeck and Mark Lawson. Back row: Dave Walicek, Jim Rhodes and Ed Clayton. InFreeNews photo by Keith Knepp.