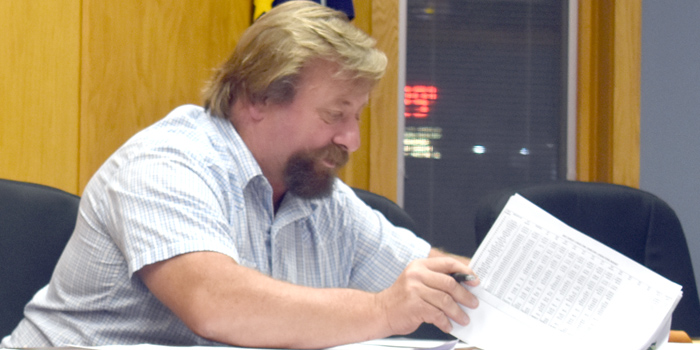 SYRACUSE — In a year of significant purchases for the Turkey Creek Fire Department, one, in particular, stands out for John Heckaman, president of the fire board.

At the board’s Dec. 13 meeting, Fire Chief Mickey Scott announced the awarding of a $181,166.06 federal American Rescue Plan Act grant for the purchase of new portable, mobile and base radios to enable seamless emergency communications with other departments that have updated their systems’ technology.

“It is going to make a big difference in communicating with different departments with no delays or blackouts,” said Heckaman. “It avoids confusion on an emergency scene. It just takes a moment of misunderstanding in one sentence in communication to invite dire effects.

“With everybody on the same technological page, this will really make a good difference.”

Heckaman also hailed two other developments designed to save the taxpayers money.

The fire department entered into interlocal contracts with Parkview and Lutheran hospitals to be reimbursed for transporting patients in the department’s ambulances to those venues.

The contract calls for payment of $275 from the hospital for each EMS run, all of which were previously unreimbursed. “It was nice getting that agreement,” Heckaman said. “The hospitals were getting paid for it, yet we were doing the work. It was costing our taxpayers.”

The board in a special meeting in October approved Scott’s request to increase the fire department’s workforce from 16 to 17 full-time firefighters and paramedics.

Though seemingly an additional burden on the budget, Heckaman explained the move is actually a cost saver.

“We now have more people to take a shift, leaving us with no shortages. In the past, we had to pay overtime for someone to take those shifts. Personnel were racking up a lot of overtime hours and getting burned out.

“So even though we have one more person on the payroll, we are actually paying less and helping with the morale of the department.”

• Applied for a $5,000 grant to purchase grain bin rescue equipment.

• Created the position of administrative assistant, a position that was “long overdue,” according to Scott.

Turkey Creek Fire Board meets at 6:45 p.m. on the second Monday of each month in Syracuse Town Hall, 310 N. Huntington St.