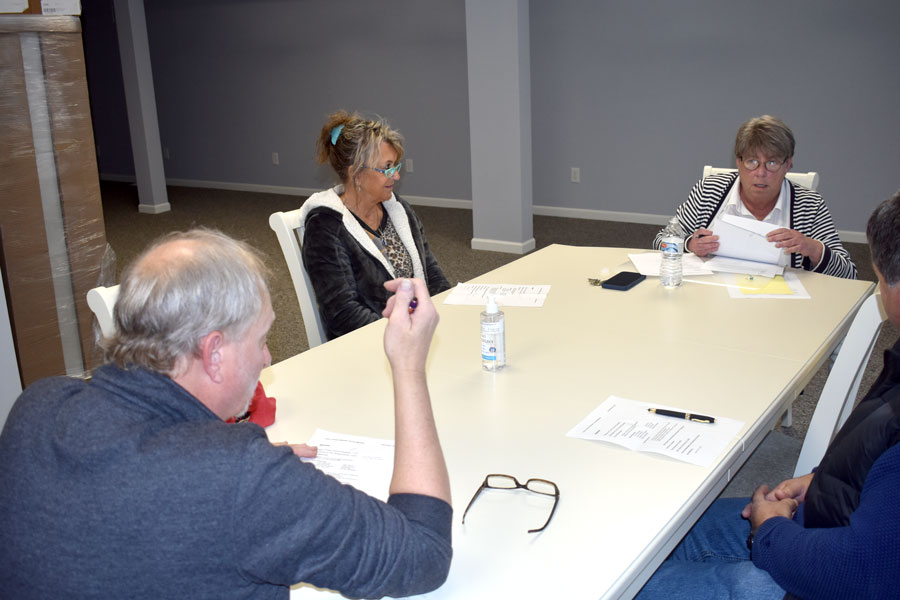 During the 20-minute meeting the three board members, President Lisa Strombeck, presiding over her final meeting; Dan Thystrup, the incoming president; and Dave Waliczek:

• Elected Thystrup to serve as president for a one-year term.

• Appointed Mark Lawson to serve on the board for the fire territory, which was created this year as a collaborative jurisdiction between the Tippecanoe Township and the town of North Webster.

• Continued its contract with the Warsaw Times Union to serve as the official publication of general circulation for legal notices.

• Ratified a mileage reimbursement of 50 cents per mile for employees engaged in official municipal business and expense reimbursement for promotion conducted on behalf of the town.

• Continued its membership in the Indiana League of Municipal Clerks and Treasurers, Accelerate Indiana Municipalities, Indiana Association of Chiefs of Police and North Webster/Tippecanoe Township Chamber of Commerce.

• Encumbered the year-end balance of funds for the parks department to help defray the costs of fencing around the downtown park.

The board also issued a public plea for qualified applicants for open positions in the town’s police department. “We raised the starting pay for patrolmen to $52,000, a $9,000 pay raise this year,” said Betsy Luce, the town’s clerk-treasurer.

“The salaries for the two administrative positions — deputy clerk and police secretary — were each raised 10% this year.”

One prospective officer will replace a department member who retired the end of August 2021 for health reasons. He had been on the force for 26 years, serving the last couple years as desk sergeant.

The board will next meet for a regular meeting at 6 p.m. Tuesday, Jan. 18, at the North Webster Community Center, 301 N. Main St.