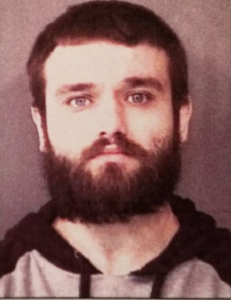 SYRACUSE — A Syracuse man was recently arrested after allegedly battering a child and woman.

On Nov. 7, a Kosciusko County Sheriff’s deputy responded to a battery report. The deputy met with a woman, who said she had been in an altercation with Naish the evening before. According to court documents, the woman asked Naish to leave and he did.

The woman said Naish returned to her home on Nov. 7 while she and a child were sleeping. She told the deputy that Naish became angry, grabbed her and threw her to the ground.

While the woman was looking for her phone and glasses to call for help, she yelled for the child to scream for help. The child attempted to get to the entry door when Naish grabbed the child and threw them to the ground. The woman said both she and the child were grabbed by Naish multiple times. Naish then left the scene.

The left side of the woman’s face was red and swollen. She told the deputy she thought she hit her face on something when she was thrown to the ground. The child showed the deputy their right knee, which was starting to bruise and swell. They thought they hit their knee on a dresser when they were thrown down.