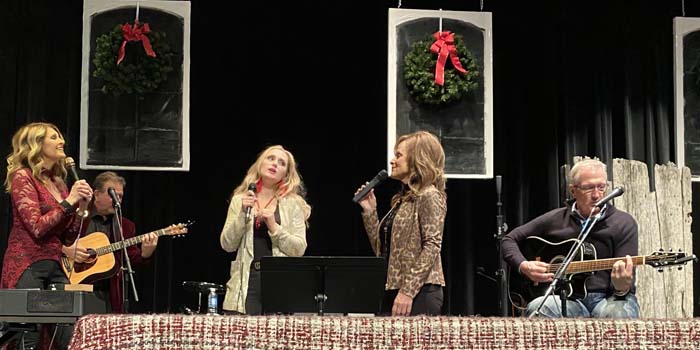 WARSAW — There was plenty of Christmas cheer at Lakeview Middle School on Saturday, Dec. 11.

Numerous people showed up for country gospel singer Susie McEntire’s concert at the school. It was the eighth time McEntire, the younger sister of artist Reba McEntire, had performed her “A Country Christmas With Susie McEntire” in Warsaw.

Susie McEntire was joined by fellow musicians Linda Davis and Keenie Word Moore. With both McEntire’s husband Mark Eaton and Davis’ husband Lang Scott joining the women on stage for performances and conversations between songs, the concert had a very intimate, family-style feel.

Performances included Christmas staples like “Let It Snow,” “Mary, Did You Know?,” and “Silent Night.” There were also the Christian songs “Wonderful, Merciful Savior” and “How Great Thou Art.” And of course, there were the musicians’ original songs, including Word Moore and McEntire’s duet “Love Don’t Care.” Davis sang “Does He Love You?,” which she originally sang with Reba McEntire, with Word Moore.

The night was about more than just music though as attendees were asked to bring new, unwrapped toys for Toys for Tots. Local Toys for Tots coordinator Chris Cage announced before the concert started that nine boxes of toys had been collected through the event.

Members of American Legion Post 49 of Warsaw and Veterans of Foreign Wars Post 1126 also presented Cage with checks for Toys for Tots.

A special tribute was also done in memory of military members killed during the terror attack in Kabul, Afghanistan, in August. Warsaw Police Department Detective Sgt. and Public Information Officer Brad Kellar sang “God Bless the U.S.A” while a photo montage of the members was shown.

Reference was also made to those affected by the recent tornadoes across the Midwest and South with Leesburg United Methodist Church Pastor Rob Seewald mentioning them in prayer before the concert and Davis asking people to pray for them. 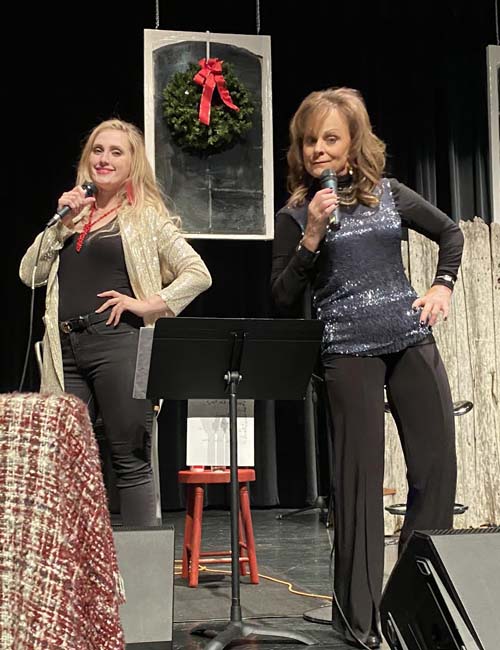 Word Moore, left, and McEntire take a moment to pose for the camera. 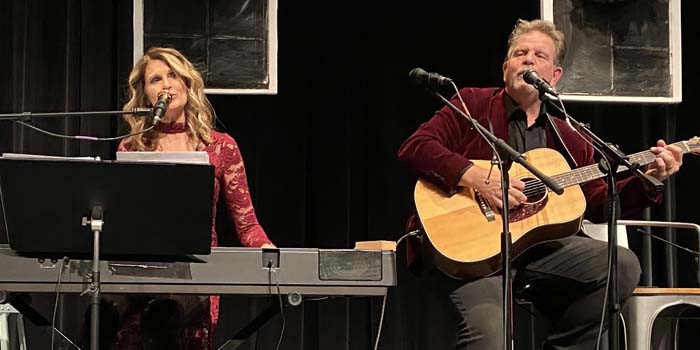 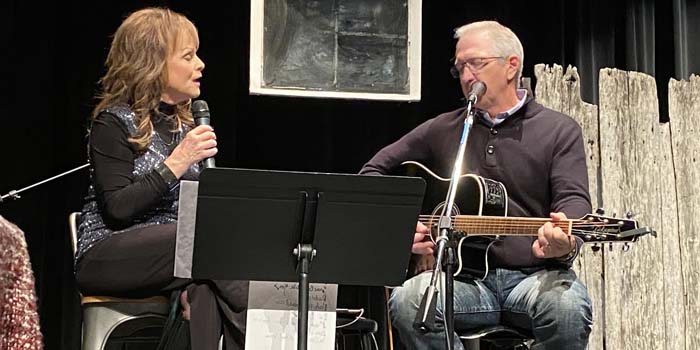 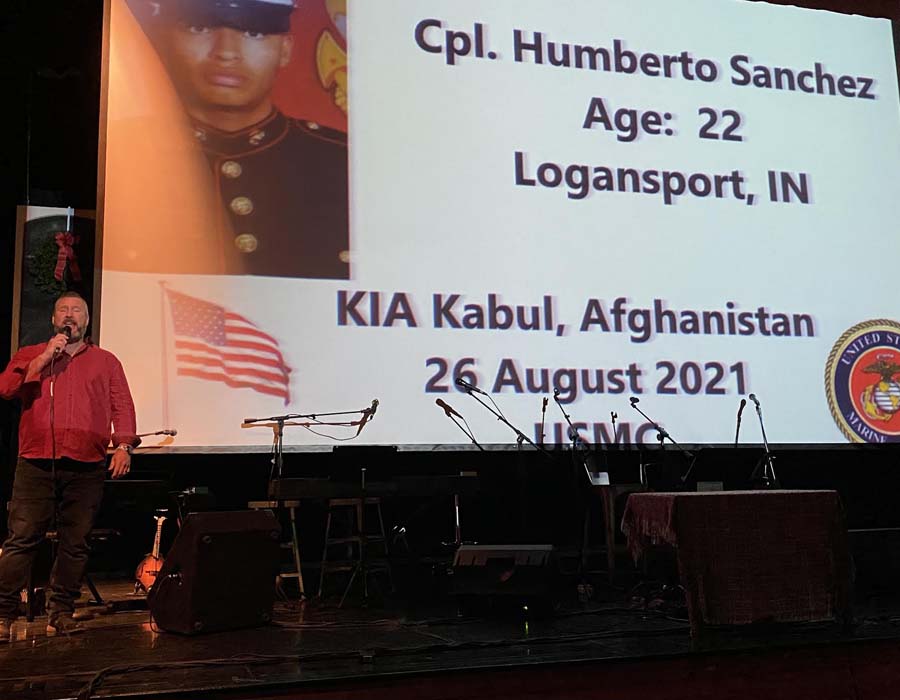 Warsaw Police Department Detective Sgt. and Public Information Officer Brad Kellar not only sang the National Anthem before the concert started but also sang “God Bless the U.S.A.” during a tribute to the military members killed in the terror attack in Kabul, Afghanistan, in August.