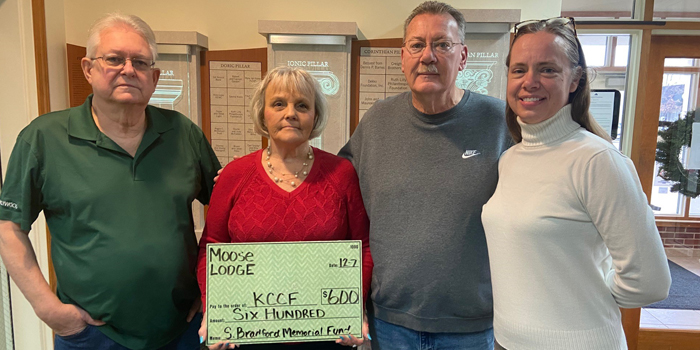 The Steve Bradford Memorial Fund assists children of Kosciusko County in need, most commonly upon referral from local schools. Dan Cooper, who is a brother-in-law of the late Steve Bradford, says that the fund’s goals mirror those of the Moose Lodge. “As Moose, we have a civic responsibility to support local children and families,” he said.

Since it was established in 2007, The Steve Bradford Memorial Fund has awarded over $4,000 in grants benefiting Kosciusko County children in need.