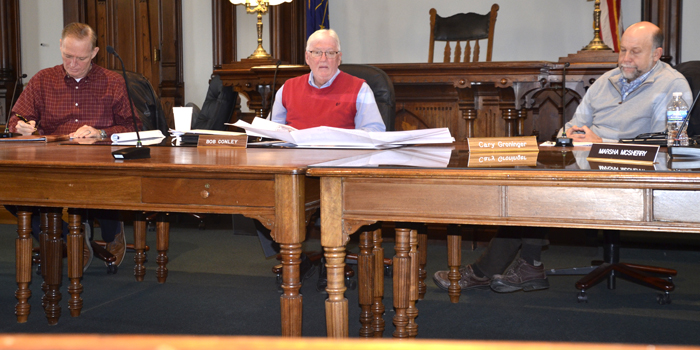 Remington, who has served as the county health officer continuously since 1994, had initially been recommended for reappointment during the October Kosciusko County Board of Health meeting; however, the commissioners have the final say.

Last month, commissioners approved 2022 board appointments and department head appointments but withheld recommendation for appointment of the public health officer position, citing a desire to obtain further input in an effort to make an informed decision.

This delay in recommendation came after more than a dozen people spoke out about Remington’s potential reappointment at the Kosciusko Commissioners’ Nov. 9 meeting, most in opposition.

At that time, Warsaw resident Jodi Cox presented commissioners with a letter objecting to the reappointment of Remington, along with a petition containing nearly 600 signatures.

Concerns were in connection to a school board meeting concerning mask mandates as well as a ‘hot mic moment’ that occurred in October in which a private conversation between Remington and other officials, in part about the mask mandate, was live streamed prior to a COVID-19 press conference at city hall.

“I know this has been the topic of a lot of discussion in our community in the last few weeks. This has not been an easy decision from the perspective of … we took our time and postponed the vote until today to make sure we could gather all of the information we could. We listened to both sides regarding it to make sure we’re making the wise choice,” said Commissioner Vice President Cary Groninger.

“I have served with Dr. Remington in our weekly meetings we have as well as the press conferences. I really feel as though he’s been a steady hand at the wheel through this last 18-20 months. He’s a good man. He cares very much about our community. It’s a bit discouraging, actually, to see some of the emails, some of the thoughts or descriptions of what he is and some of those just aren’t true.”

Groninger motioned for approval of the health board’s recommendation of Remington’s reappointment.

“Cary, I agree with everything you said as far as … to this point,” Commissioner Brad Jackson said.

Jackson added that he has no problem at all with actions Remington has taken to this point but said there are a few issues in which the two are not on the same page, pertaining to COVID matters.

“He’s a great guy,” Jackson said of Remington. “I like him a lot. He and I have had a lot of conversations over a period of time.”

Jackson said he is in agreement that Remington has done a great job but because of the different views the two have on certain issues, he did not feel comfortable seconding the motion.

Commissioner President Bob Conley seconded Groninger’s motion, saying he has also had numerous conversations with Remington, appreciates Remington’s steadiness and thinks Remington “has done an exemplary job of keeping us in line.”

The vote was 2-1 in favor of Remington’s reappointment, with only Jackson voting in opposition.

Commissioners then voted on two county health board appointments.

During the Kosciusko County Board of Health meeting in October, Larry Coplen and Dr. Brian Reichenbach were recommended for reappointment to serve another term.

The recommendation for reappointment of Coplen, who represents the public on the board, was approved.

Commissioners then voted to have Dr. Gregory Haase fill the physician representative board appointment, formerly held by Reichenbach.

Following the commissioners’ meeting, Jackson told reporters that he thinks Haase is a good choice for the position.

“He’s expressed interest in the past and to have some new blood on the board, I don’t think is going to be a bad thing,” Jackson said.

When asked if Reichenbach had withdrawn his name for consideration for another term, Groninger replied, “It’s our decision to be able to select anybody that’s on that board. The commissioners decided we wanted to switch who was going to be in that position.”

In another matter, commissioners approved two rezoning requests during Tuesday’s meeting. Angie Shaw petitioned to rezone a 5.71 acre tract of property from agricultural to agricultural II on the south side of CR 300N, west of CR 350W in Prairie Township. Sell-offs for the property have been exhausted and she wants a two-lot subdivision. The county BZA recently granted a variance to her for setbacks on the property to be 25 feet instead of the 50 feet required by ordinance.

The second rezoning request relates to Elkhart County Gravel, 11.3 acres on the west side of CR 200W at the intersection with CR 300N in Prairie Township. Only a portion of the 11.3 acres will actually be rezoned.

Elkhart County Gravel wants a permanent asphalt mixing plant on the property. A temporary one is operating under the approval of the Kosciusko County Board of Zoning Appeals.

Attorney Steve Snyder said Brooks Construction would lease the plant from Elkhart County Gravel. There is a large mineral extracting operation nearby as well as a concrete plant. 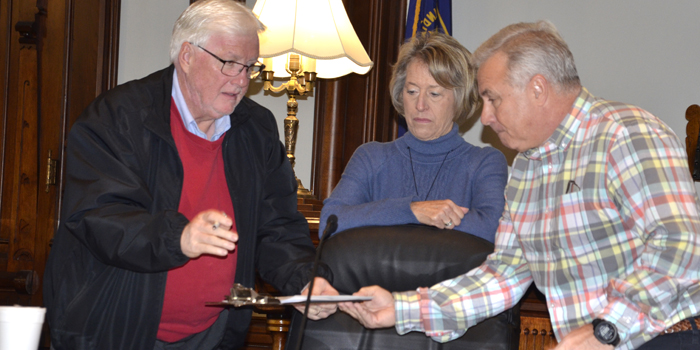