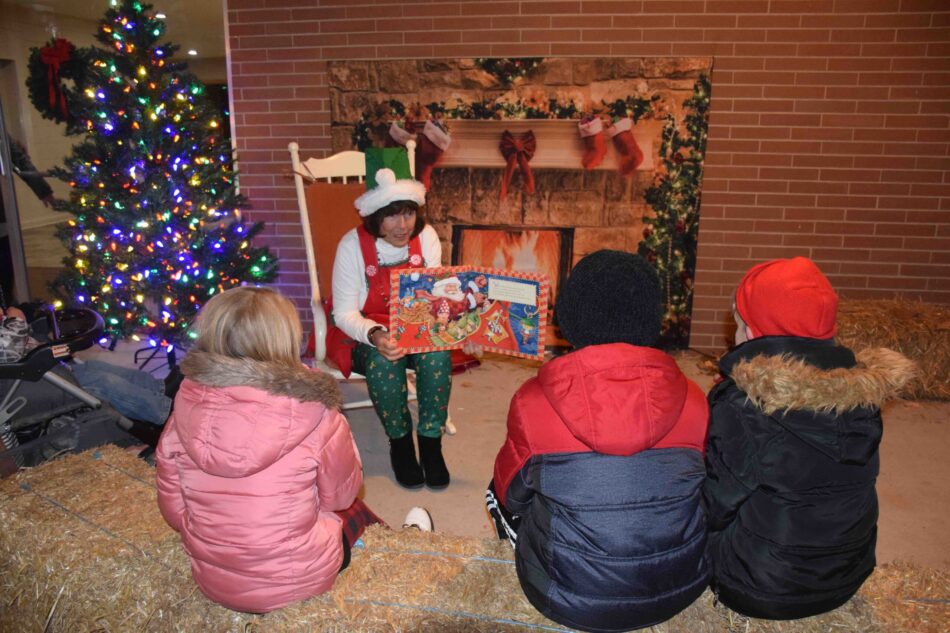 Santa’s helper Sherry Lantz read “‘Twas the Night Before Christmas” to many of the kids at the Old Fashioned Christmas event at Oakwood Resort on Saturday evening. InkFreeNews photos by Keith Knepp.

Santa and Mrs. Claus were there, including a cast of everyone’s favorite Christmas characters.

Visitors enjoyed a reading of the Christmas story from the Bible in the historic Oakwood Chapel, as well as a recitation of “‘Twas the Night Before Christmas” for the younger crowd.

Guests enjoyed free hot chocolate, sugar cookies and make-your-own s’mores as they waited their turn to visit with St. Nick. There also was a long line to get an up-close look at one of his reindeer.

New this year was a photo booth for family Christmas pictures.  Frosty, the Grinch, Rudolph, Buddy-the-Elf, Toy Soldier, Scrooge and the Gingerbread Man were out roaming through the crowd, posing for photos with kids of all ages.

The event was held outdoors on the grounds of Oakwood Resort. Music and carols were sung around the 60-foot Christmas tree, while a pair of barbershop quartets strolled the grounds entertaining the crowd..”

All events were free and open to the public. 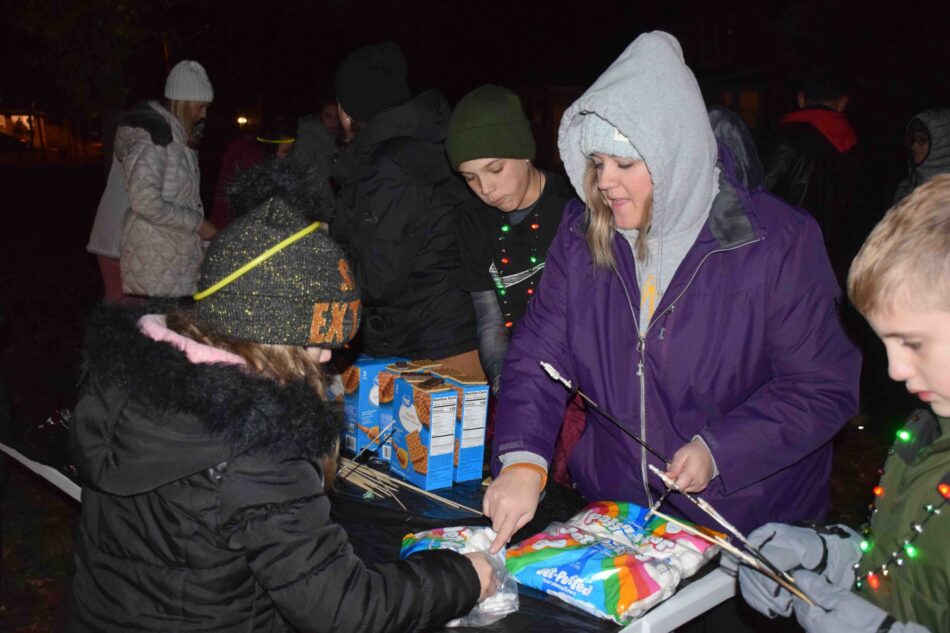 Stephanie Cline passes out a marshmallow to Athena Begley of Syracuse in the first step toward making a delicious s’more. 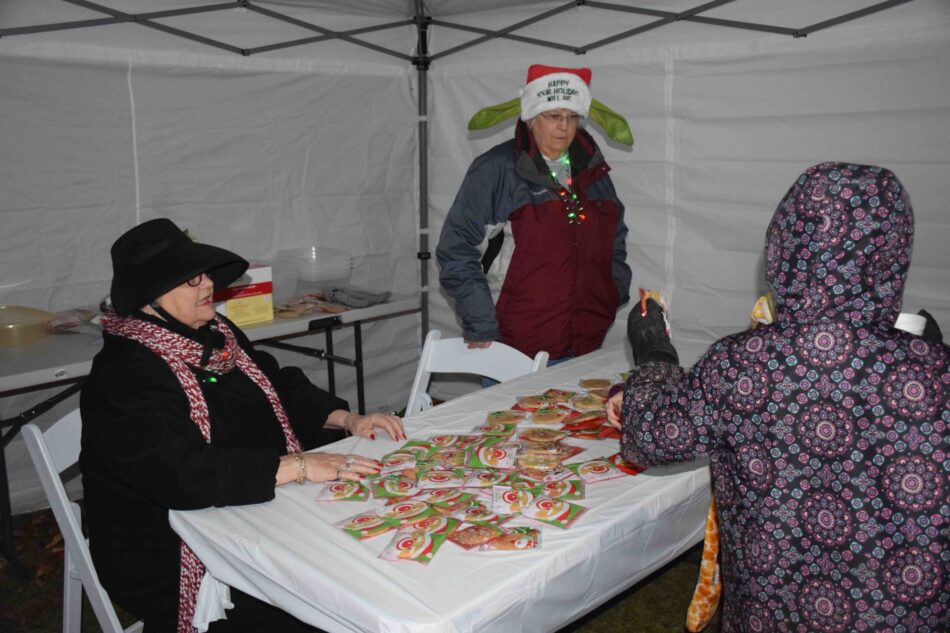 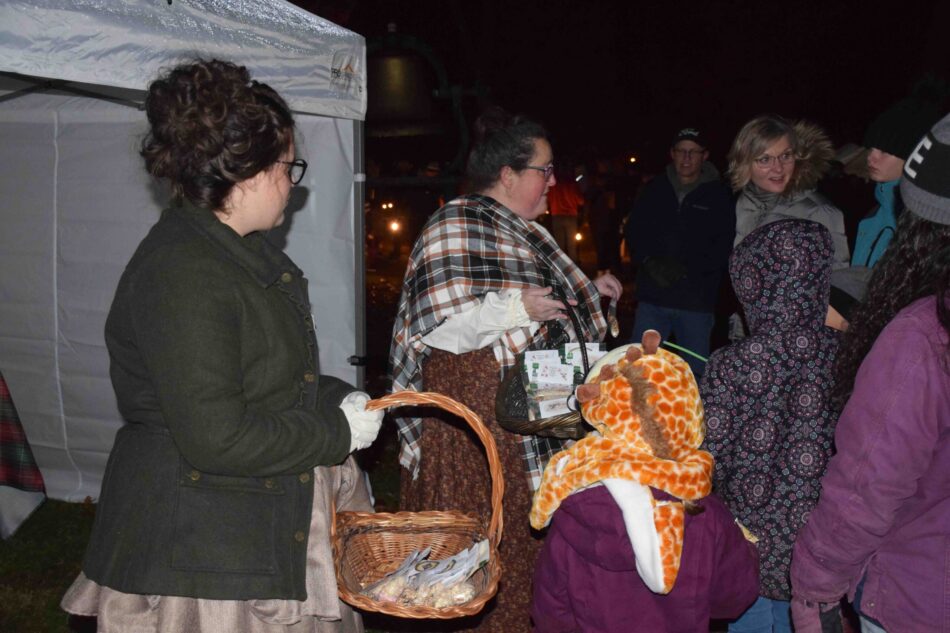 Jamie Clemons and Linda Clemons of the Syracuse-Wawasee Historical Society hand out reindeer food to kids to hand out on Christmas Eve . 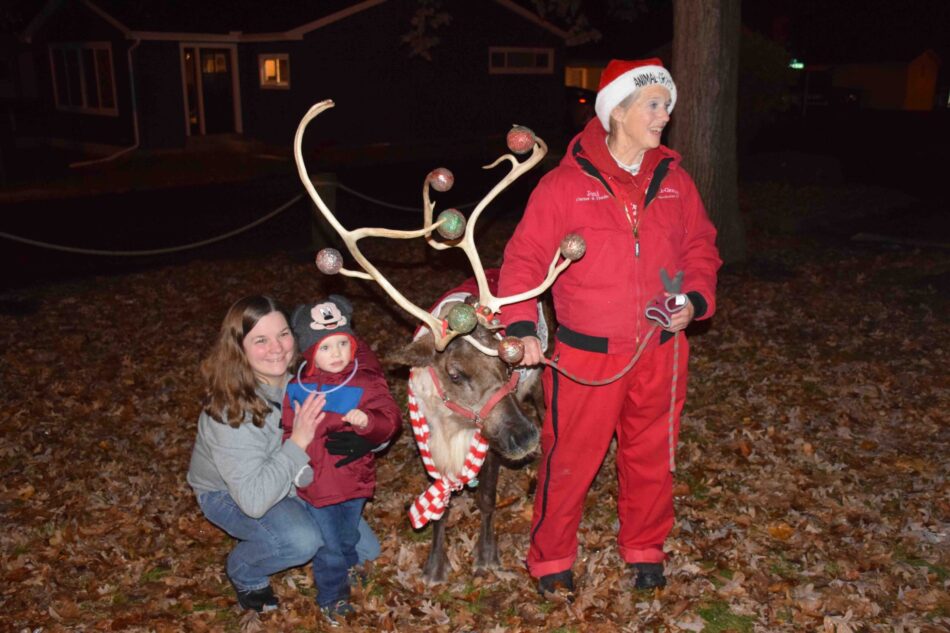 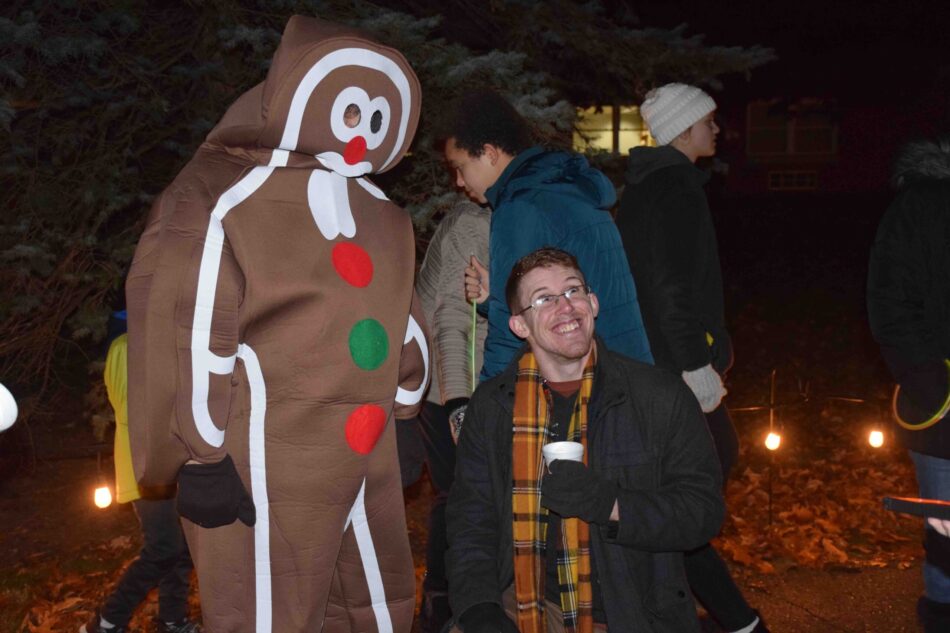 Jordan Fredericks enjoyed his evening at Oakwood Resort on Saturday evening, including a moment with the Gingerbread Man. 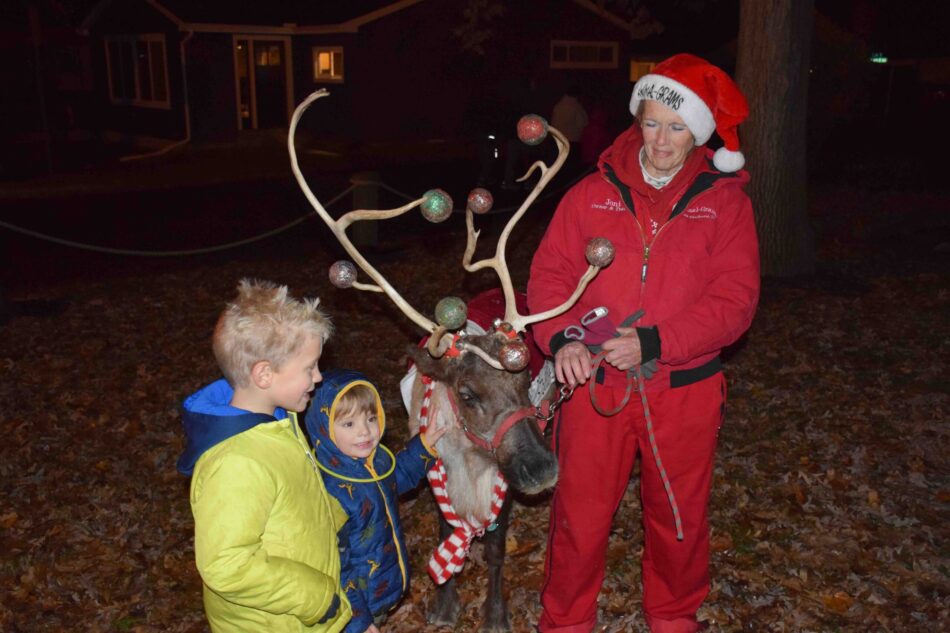 Niles Kauffman, 7, Syracuse, and Salem Crough, 3, Nappanee finally got their turn to visit one of Santa’s reindeer. 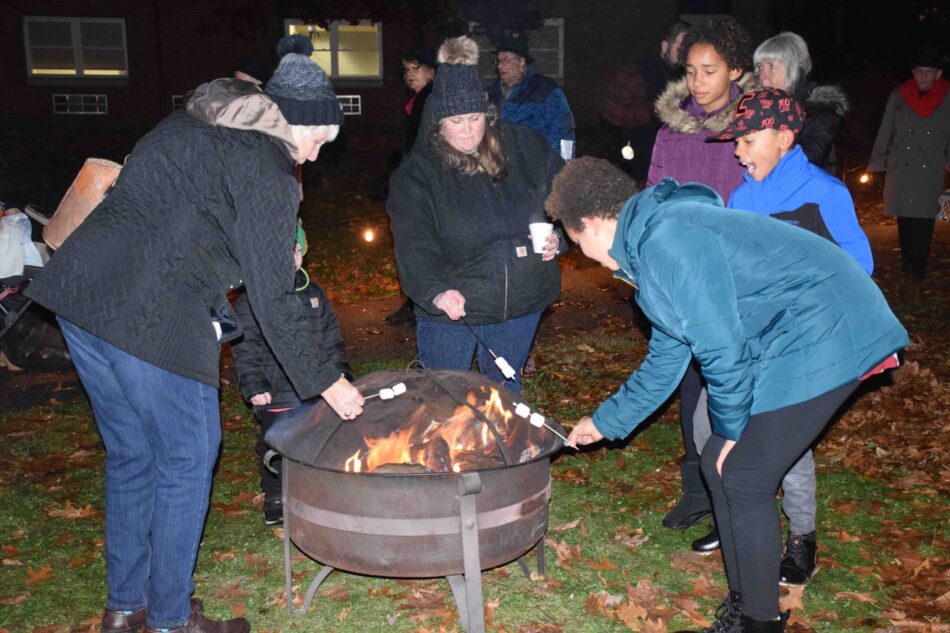 Several fire pits were scattered around the grounds at Oakwood Resort to help keep visitors warm on a chilly night. 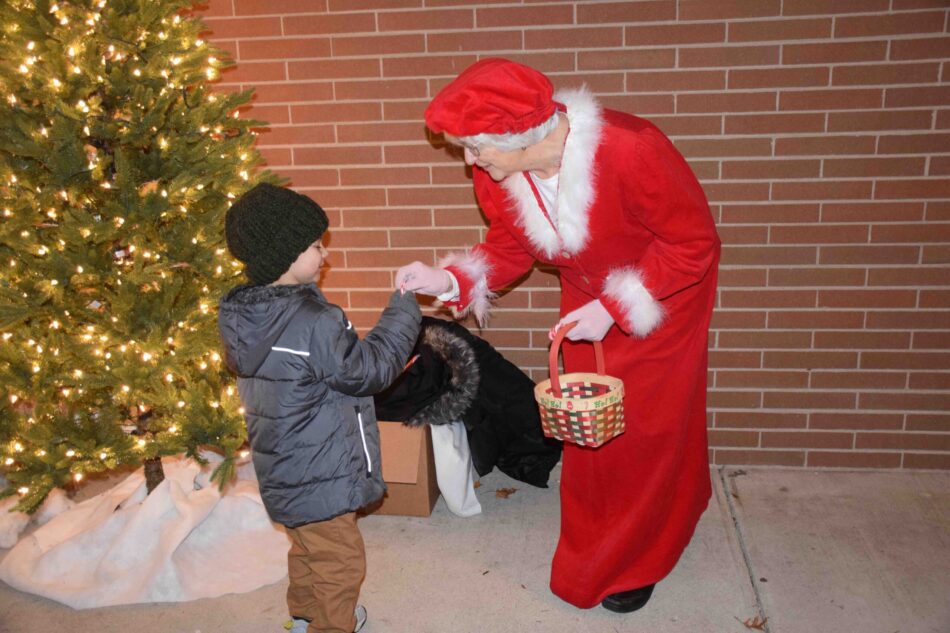 Mrs. Claus, played by Jackie Plinkerd, was busy handing out candy canes to youngsters, including to Matthew Smith, 4. 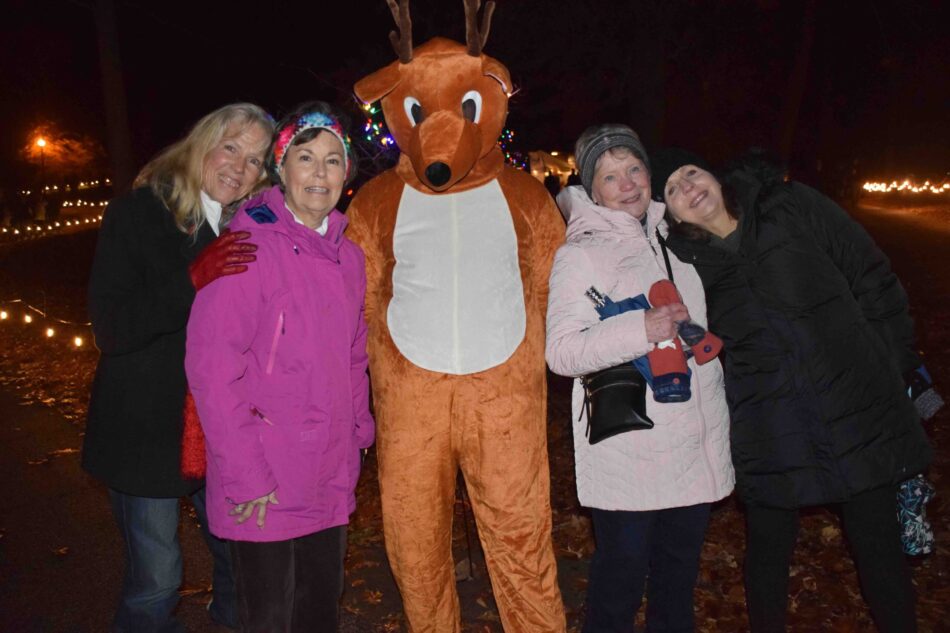 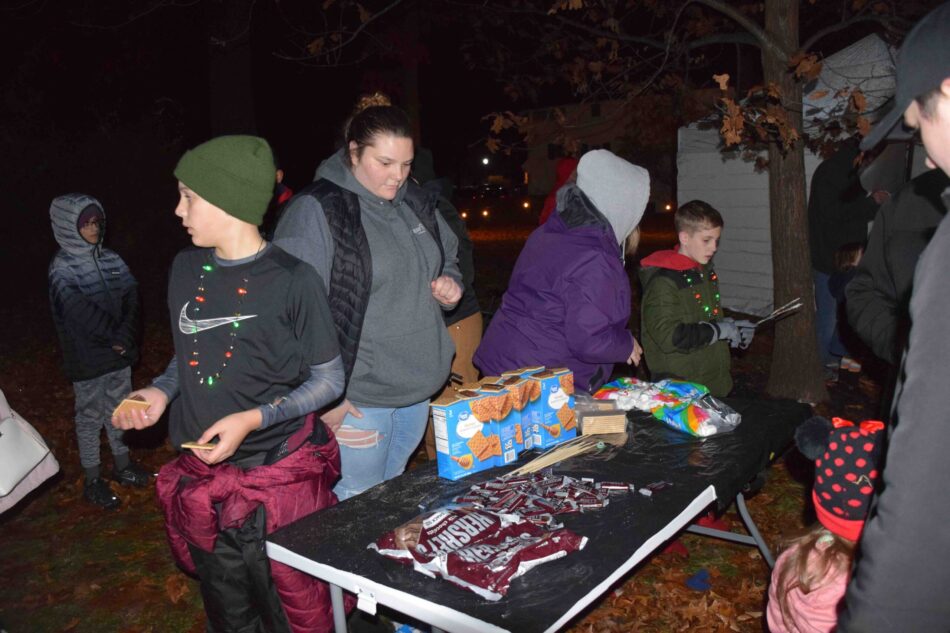 Visitors could pick up all the ingredients to make the perfect s’more during the Old Fashioned Christmas festival on Saturday evening. 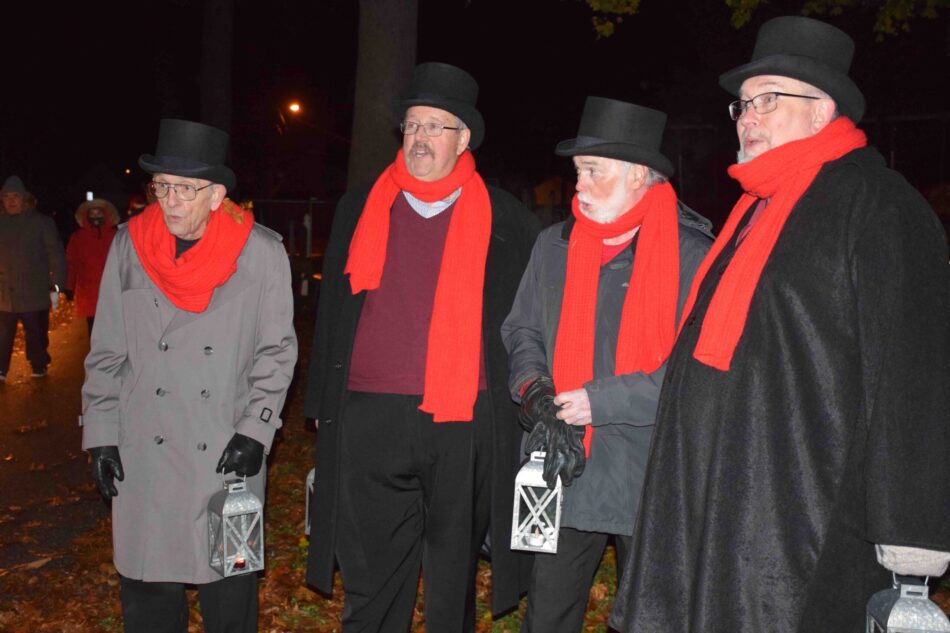 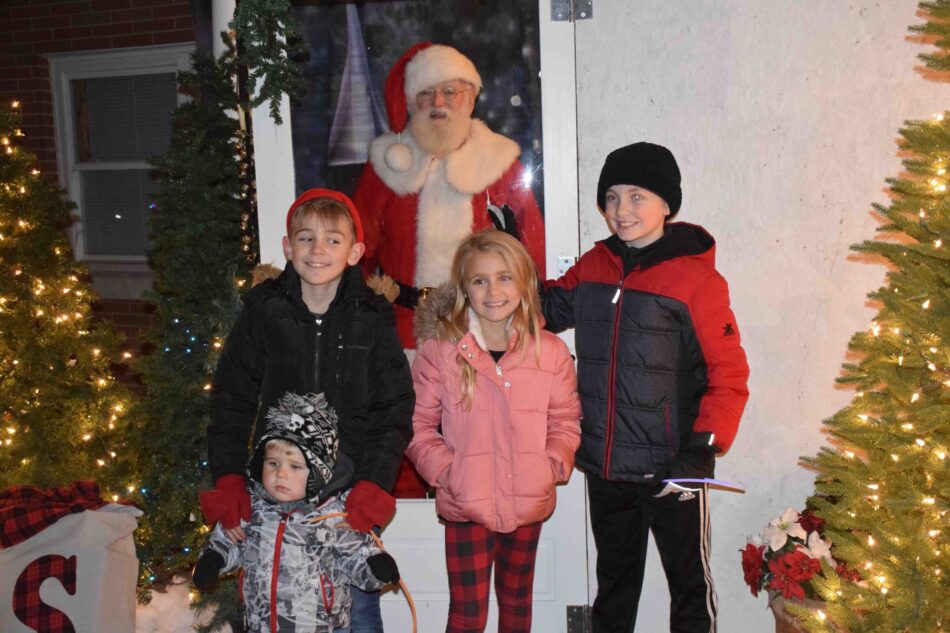 Elias Bradford, 2, Leedon Bradford, 9, Ari Bradford, 8, and Landon Miller, 9, patiently waited for their turn to tell Santa what they wanted for Christmas. 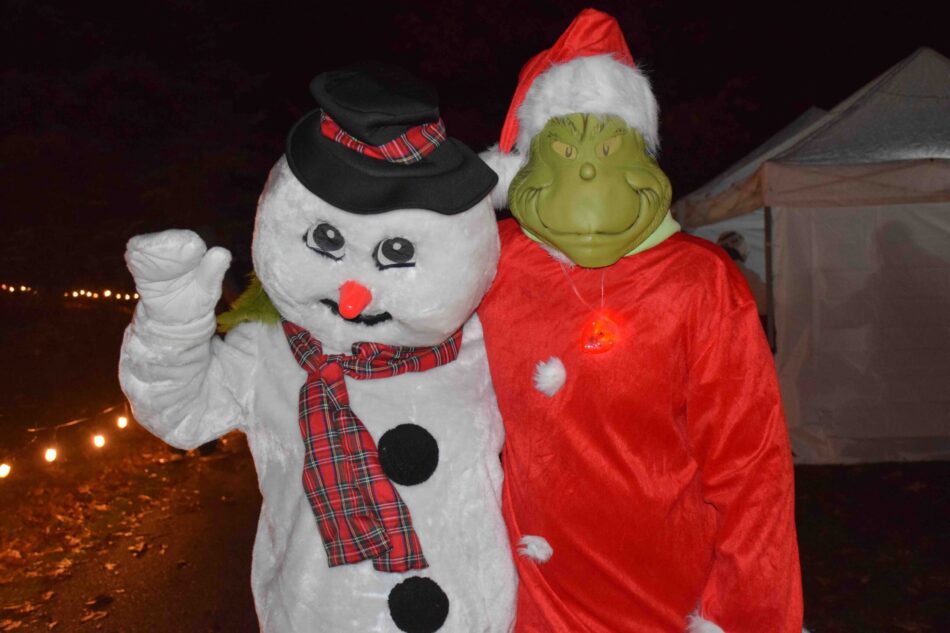 The odd couple of Frosty and the Grinch took a moment to put aside their differences for a photo on Saturday night. 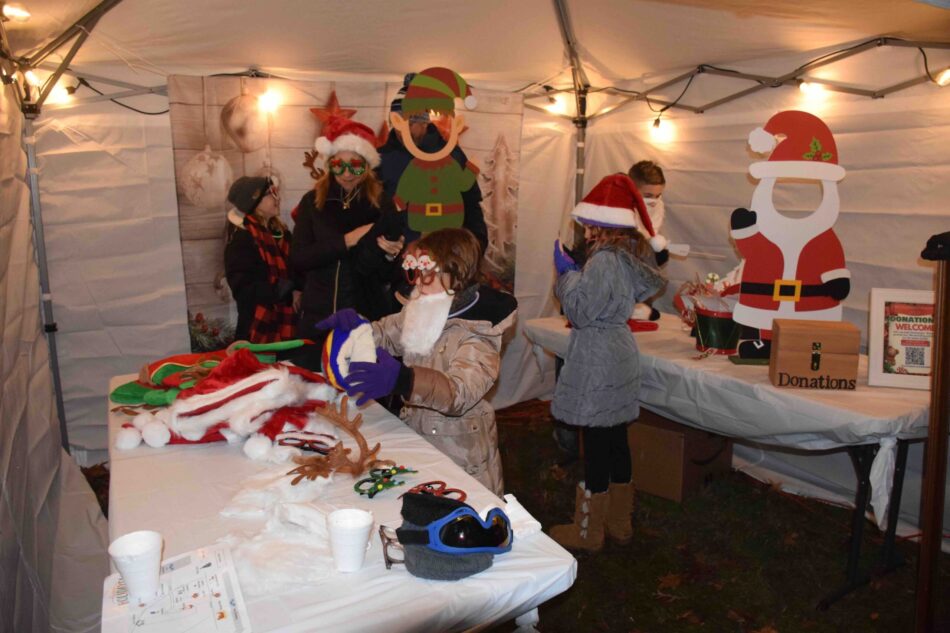 Families had the opportunity to use a variety of props in the new photo booth tent. 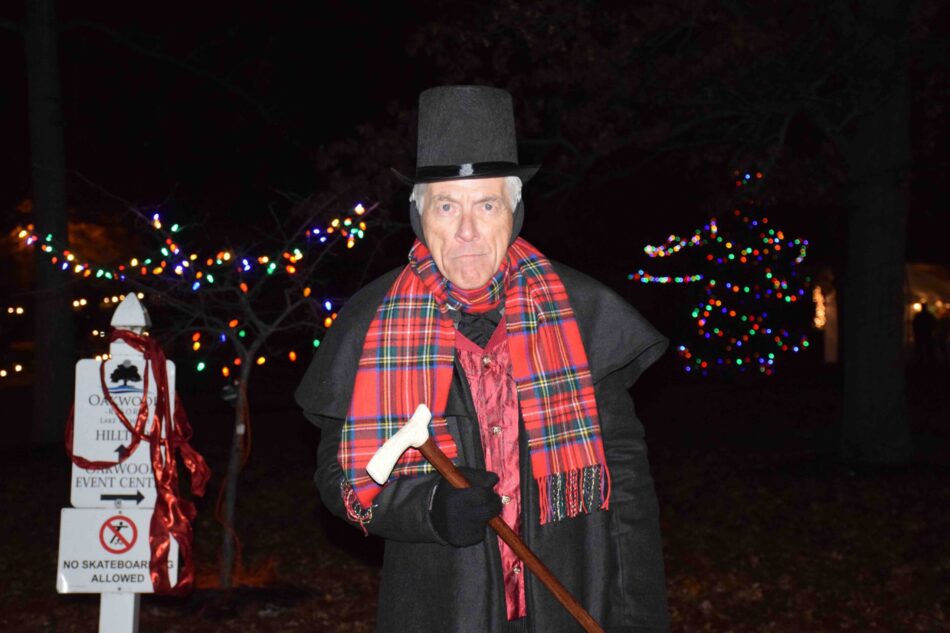 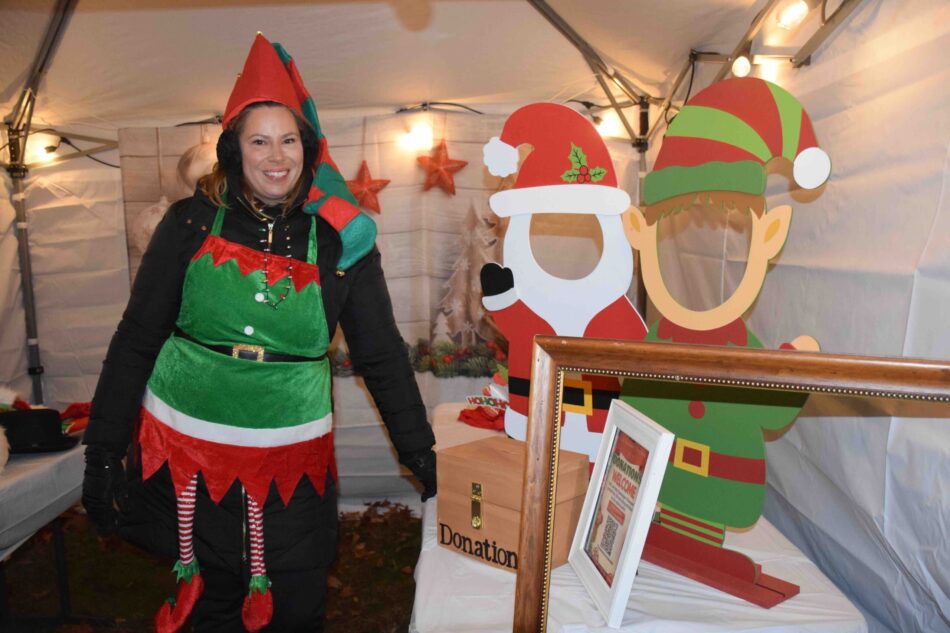 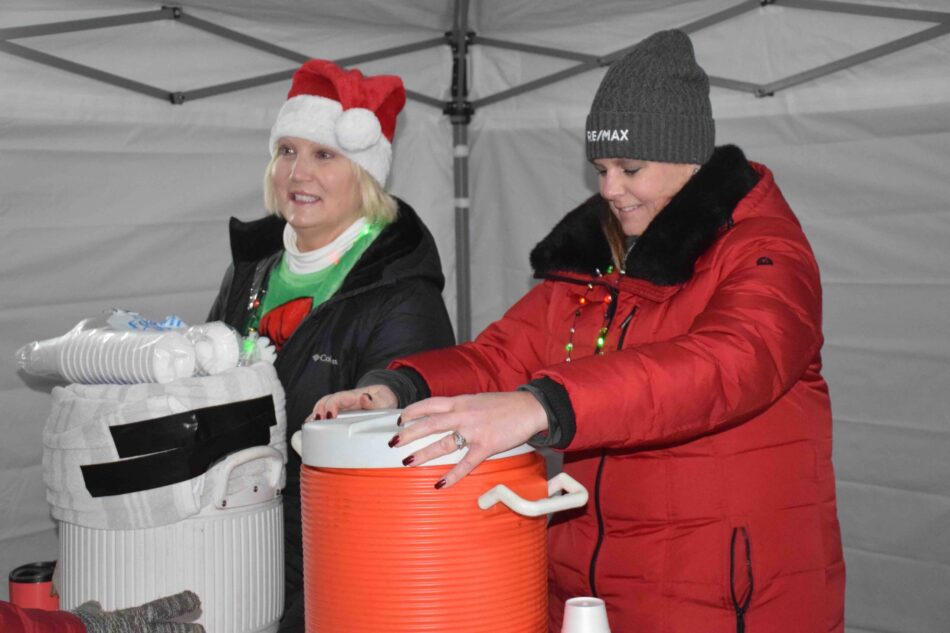 Melody Cusick, left, and Rita Roberts were serving up cups of hot chocolate on Saturday night. 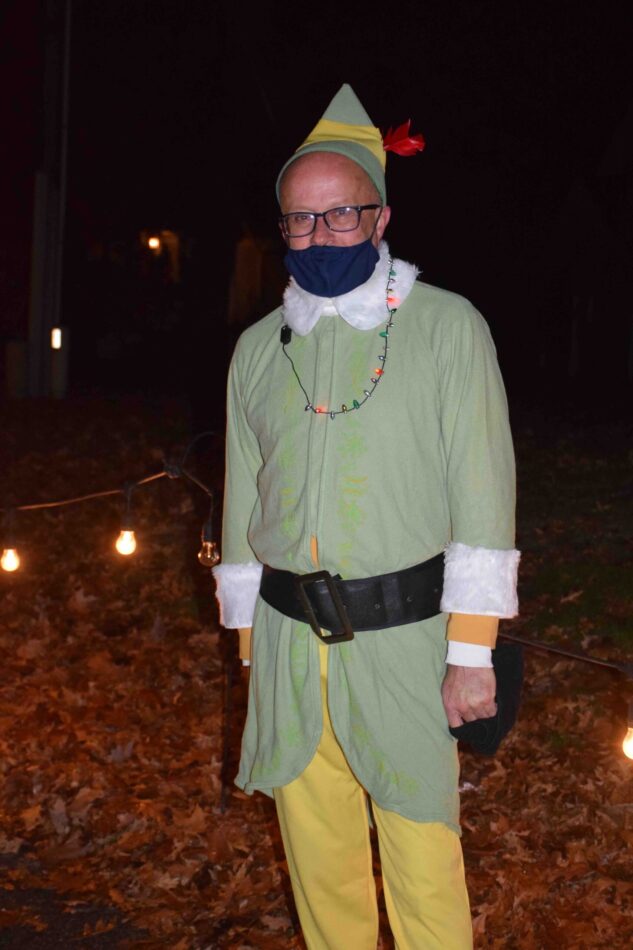 Buddy the Elf was on hand Saturday night at Oakwood resort.