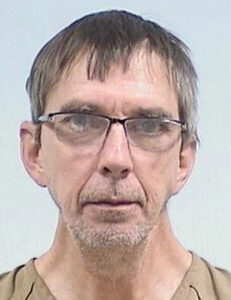 ELKHART — A New Paris man was recently arrested after allegedly attempting to record a woman showering.

According to court documents, the woman said she came home from work on Jan. 2 and was preparing to take a shower when Hoopingarner came out of the restroom and appeared startled to see her. When the woman asked if anyone in the home needed to use the bathroom, Hoopingarner re-entered the bathroom and was in there for about five minutes.

After taking a shower, the woman noticed a camera above the ceiling tiles in the bathroom. The woman took pictures of the camera and left for the night. Upon her return, she noticed the camera had been removed. She moved out of the home the next day.

On Jan. 25, officers searched Hoopingarner’s home. Hoopingarner allegedly told officers he had placed a camera in the bathroom to record the woman taking a shower. He said this was the only instance he had done so but that he did not capture any images since he forgot to insert an SD card into the camera. Hoopingarner said he did this to convince the woman to move out by making her uncomfortable.

The Indiana State Police Cyber Crimes Unit analyzed electronics found at the home. No images relevant to the case were located.

A no-contact order is in effect between Hoopingarner and the woman.

Hoopingarner was booked in the Elkhart County Corrections Facility on Nov. 17.