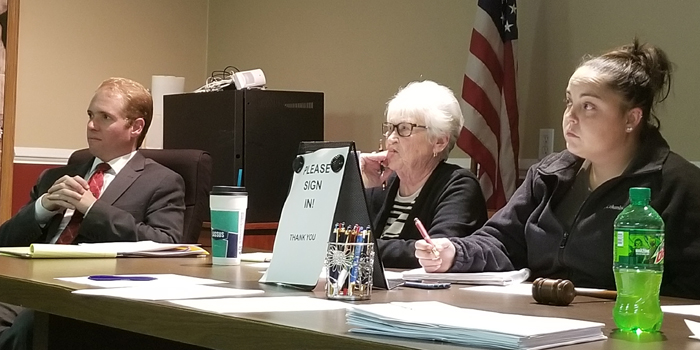 SILVER LAKE – A local pastor made an “urgent appeal” Wednesday, Nov. 10, asking town council members to support a rezoning that would open the door to the construction of a new store that would include grocery items.

The Rev. Duane C. Seitz is the pastor at Silver Lake Wesleyan Church, which is considering an offer to sell land at the northwest corner of SR 15 and West Dixie Drive. He said he was indifferent about whether to sell until he learned plans would include a “market store” concept that includes the sale of food, including meat.

He and others pointed out that the closest places from Silver Lake to buy meat and fresh vegetables are in Rochester, Wabash, Warsaw and North Manchester.

The Kosciusko Area Plan Commission recently recommended to not rezone the property to commercial in part because of reaction collected in the town.

The recommendation is expected to be considered by the county commissioners on Nov. 23.

Andrew Rossell, with AR Engineering, of Kalamazoo, Mich., was at the meeting and asked the town council to offer some kind of support for the project that the commissioners could consider.

Rossell declined to identify the company, but numerous local officials said afterward that it is Dollar General.

Seitz, the pastor, said the opening of such a store could be a game-changer for the town in terms of adding a few jobs, making the town more attractive to live in and additional tax revenues (if it were to be annexed).

“Our congregation – we feel it is one of the finest things we could do for our hometown of Silver Lake,” he said. “This could be a huge boost for Silver Lake.”

Cody Mangun, chief deputy marshal for the town, said he believes the proposal “is a great opportunity” for the town.

In a somewhat unique move, the town council chose not to vote on the issue and instead will send letters to the commissioners.

Some of the hesitancy in casting a vote Wednesday is because two council members –  Hugh Murfin and Nichole Taylor – said they are undecided and still weighing various issues. Council member Jean Weller is adamantly opposed, saying residents along the lake don’t want it.

She said she worries the store would attract “riff-raff” and then accused the company of going behind council’s back as they made plans.

Rossell said the company had to have components of its plan in place before they were ready to make their proposal and denied the accusation. The town’s utility superintendent, Joey McNeal, said he’s been aware of the interest from the company for several months.

Rossell asked council members to include reasons for their decision when they reach out to the commissioners.

Some of the concerns voiced Wednesday include increased traffic, water runoff and the lack of room for a nearby sidewalk. Some questioned who would provide maintenance on Dixie Drive if it has to serve as the main entrance and involves widening.

Kosciusko Economic Development CEO Alan Tio attended the meeting and offered assistance if the town and company want to consider working out details of the development.

If zoning is approved and the store is constructed, Tio said they could provide support if they consider annexing the property into the town.

In other matters, Trevor Long was promoted from reserve to a part-time deputy, bringing the number of officers up to three.

Long was sworn in toward the end of Wednesday’s meeting by Silver Lake Town Marshal Jason McGlennen. 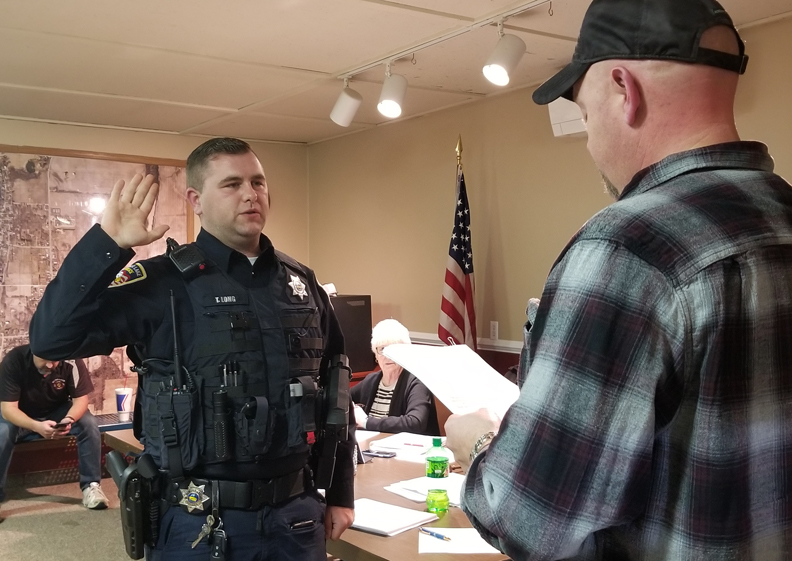