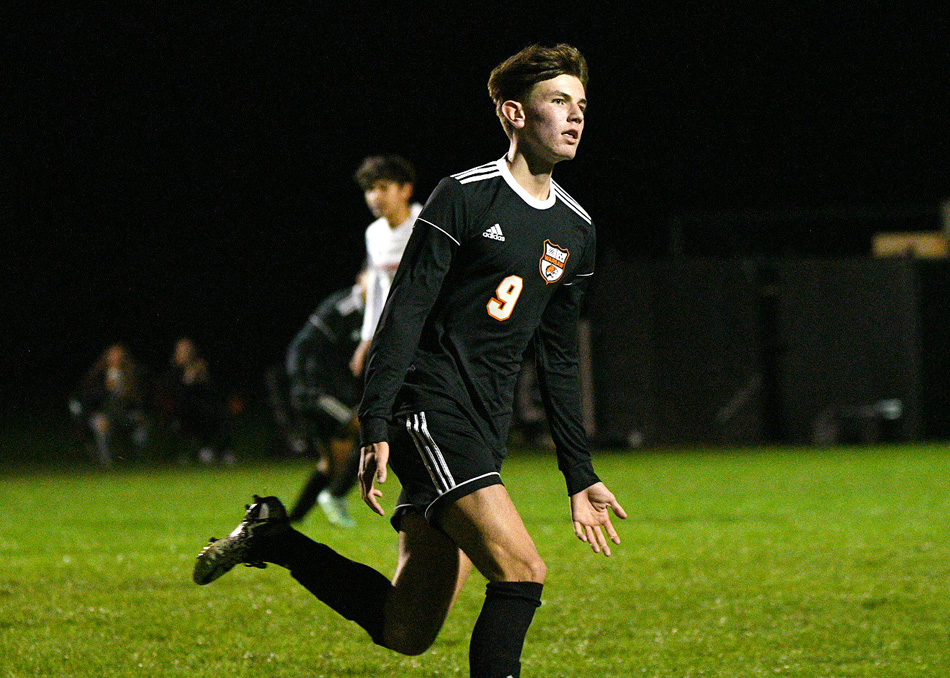 Noah VanPuffelen and Warsaw won a title in boys soccer, which helped land the Tigers atop the NLC All-Sports Tally for boys sports. InkFreeNews file photo by Dalton Tinklenberg

Warsaw isn’t in the clear by any measure on either side, though, as NorthWood is right on the Lady Tigers’ heels and Concord is chasing the Warsaw boys.

The Lady Panthers won the golf and volleyball titles and were fourth in both cross country and soccer to score 54 points to be within striking distance of Warsaw. The Minutemen won football, were second in soccer and third in tennis. A fifth in cross country put Concord at 50 and just two back of Warsaw. Also in the conversation in the boys race are Goshen, which won cross country and tennis, and have 49 points and Northridge, which split tennis with Goshen, and sit with 45 points.