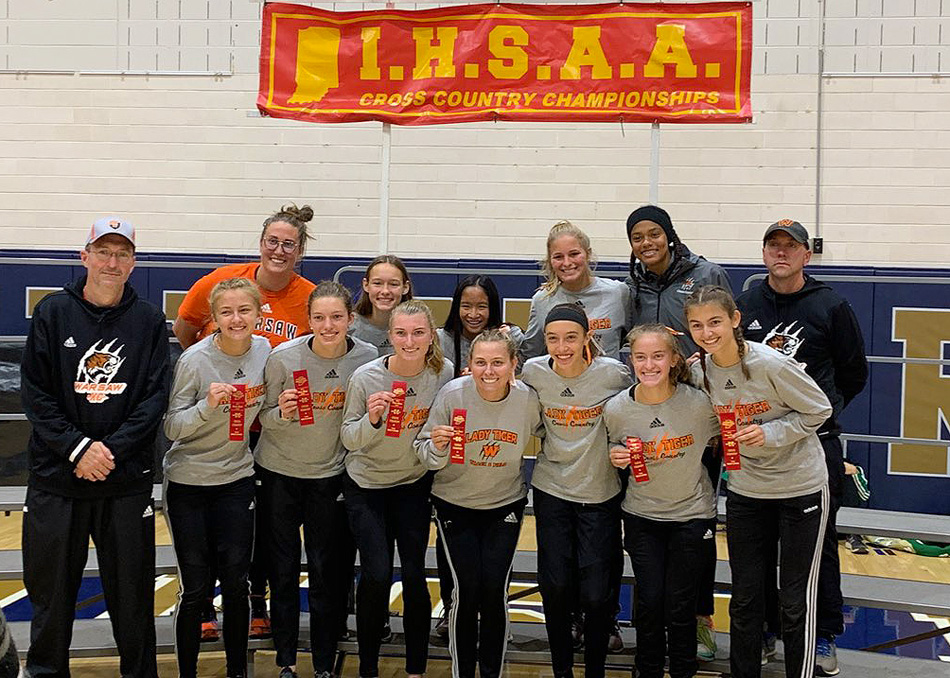 Warsaw’s boys and girls teams made the trip to Terre Haute last fall, and will do so once again after finishing second in the girls race and fifth in the boys race Saturday morning at the New Prairie Semi-state. The Lady Tigers scored 134 points, just ahead of Valpo’s 141, but everyone chasing Chesterton, the semi-state champion with a scant 50 points. The Tigers found themselves in a dogfight with about five teams for the final two spots in the team race, but got the job done with 165 points, ahead of Crown Point in sixth and Munster, just on the outside of qualification.

The Tigers again had their top three bundled together, led by Garrett Hall’s 22nd place time of 16:46. Luke Nier was right behind at 16:52 and Harrison Phipps steps back at 16:56. But the improvement from Tyler Swartz (17:28) and Andrew Potter (17:41) allowed Warsaw to get the points edge to keep its season alive for another week.

“I was told it couldn’t be done this year [advance to state]; that we didn’t have the talent to get the job done. We’ll, we proved them wrong,” said Warsaw boys head coach Jim Mills. “We didn’t have a front runner this year, but our top three ran consistently all year and they didn’t let us down today. Our fourth guy, sophomore Tyler Swartz, has really stepped up this year and his classmate, Andrew Potter, did what we needed today as our fifth guy to advance out of the semi-state.”

Two individual runners saw their seasons come to an end as Triton’s Jocelynn Faulkner (21:02) and Tippecanoe Valley’s Chesnee Miller (21:19) both finished outside the top 10 individual mark for advancement.

Valpo won the boys team title and will be joined at state by Chesterton, LaPorte, Morgan Township, Warsaw and Crown Point. LaPorte’s Cole Raymond was the individual champion at 15:46.

Chesterton won the girls title and will be joined at state by Warsaw, Valpo, LaPorte, West Lafayette and Lafayette Harrison. Lowell’s Karina James, the defending state champion, was the individual champion at 17:55. 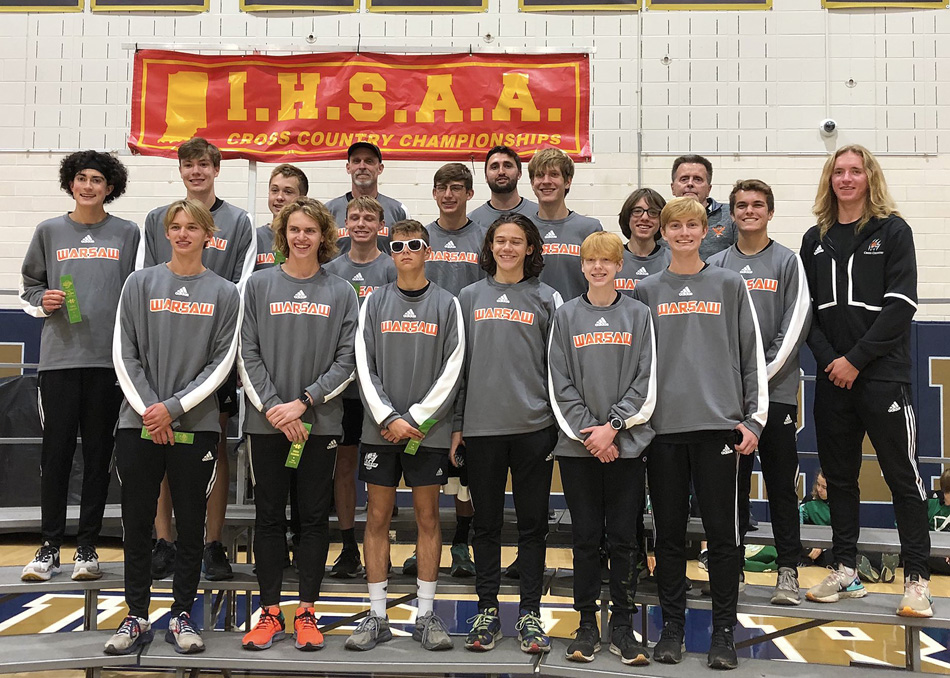