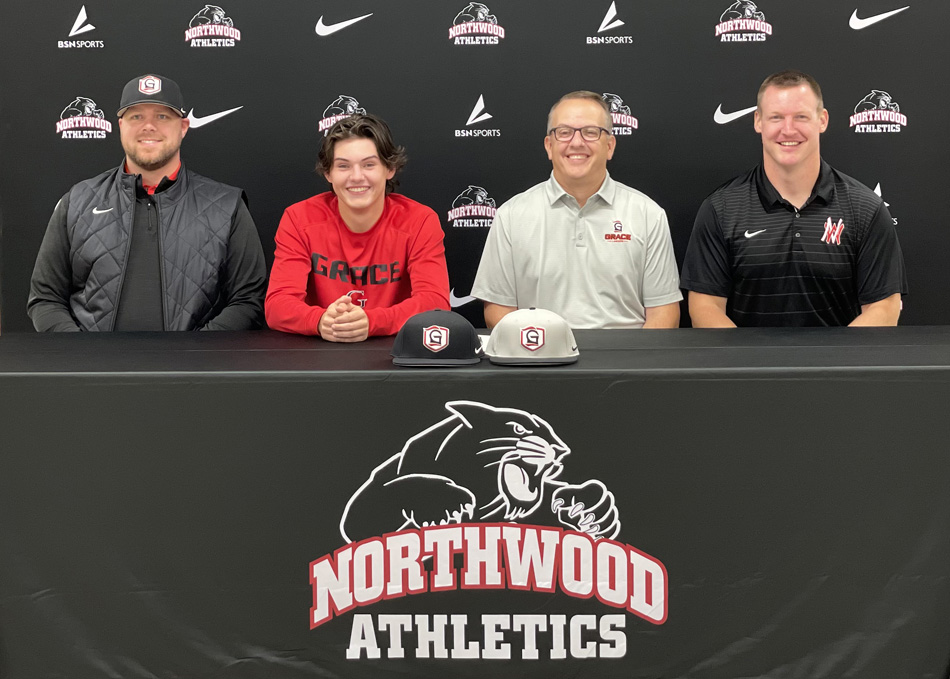 NAPPANEE – Isaac Roberts doesn’t have a ton to show for his high school career, but is hoping to continue to prove his worth with the NorthWood Panther baseball program.

Roberts, a senior, signed with Grace College baseball on Wednesday in a ceremony at the high school that included Grace head coach Ryan Roth and several family members and teammates.

Roberts, who has just one year of varsity baseball under his belt after playing JV his freshman year and not having a sophomore season in 2020, made significant strides once he made the jump from JV to varsity full time. Roberts was a light hitter at the plate in 11 games, posting just a .235 batting average and .316 OBP with just four hits in 17 plate appearances. But he started the year with three runs scored and three RBI in five JV games. It was on the pitcher’s mound, however, where Roberts made his biggest improvements.

The highlight of his junior season was a five-inning no-hitter he tossed at West Noble, striking out 11 and walking just three in the milestone moment. In seven appearances overall, Roberts was 3-1 with a 1.93 ERA, which included conference wins over Concord and Warsaw.

“It was a great experience to enjoy this with the team, family and some others who have supported me along the way. I wouldn’t have made it without them,” said Roberts about his official signing on Wednesday.

Grace College, which has a history of finding NorthWood athletes including Jaron Mullet in the baseball program, is under the guidance of Roth in his third year at the helm. Roth has helped Grace to 29 wins in the past two seasons and an appearance in the Crossroads League championship game in 2019, the first such appearance in the program’s history.

“We are very excited for Ike Roberts,” said NorthWood baseball head coach AJ Risedorph. “He is a kid who has poured countless invisible hours into his craft. He made big jumps last spring. As much as I am excited to see him play at the next level in a great program like Grace, I’m thankful to see him compete for us this coming spring.” 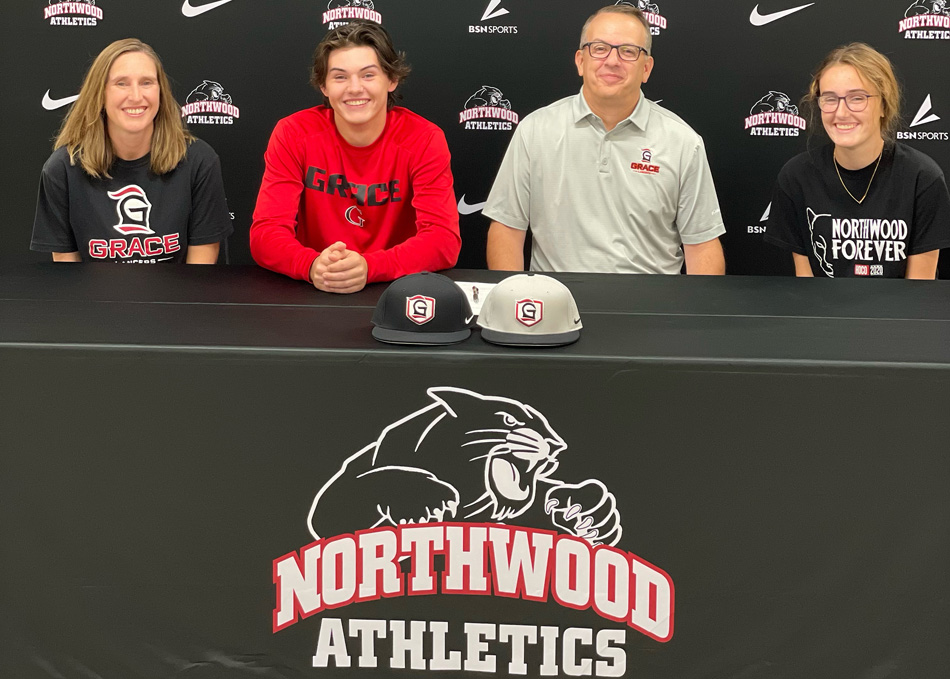